Skip to content
After a long time I am writing this blog. For some unknown reason, I just went out of the blog world after a quick start. But recently one of the conversation with my friend triggered it again.
It was year 2002, when I went to IIIT, Allahabad to pursue my M.tech degree in Intelligent Systems. IIIT was a new campus and was being setup in a village outside the main city of Allahabad. At that time there was hardly any Mobile coverage available in the Village. It was only BSNL, which had some connectivity reaching that far (But you know BSNL has regular bus network). Other operators also had network but not too strong work satisfactorily in our hostel.
Those were the days, when I met few really good people and they were generous enough to extend their friendship to me. I was learning some wireless terminology from 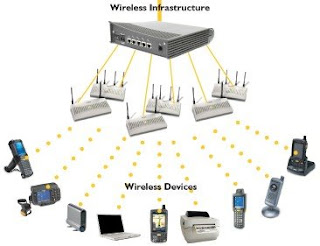 them (802.11, Bluetooth and so on…. One fine day I was walking on the village road to get some snacks ( food in the mess was terrible!!!! ), this thought struck me.
I thought, why the cellphones has to have the direct connectivity to the BTS to make/receive the call. There are many different type of wireless signals crossing. So, a mobile phone which is not in direct reach of the BTS, should be able to reach by using the intermediate devices/networks. The wireless signal connection may be through either another mobile phone, bluetooth device, Wireless router/devices (802.11b,g,a) and so on till the time final device is reached, which in the reach of the BTS. Thus completing the circle. This chain of network should have the control circuit to switch devices/networks lets say if one of the device is switched off or malfunctions.
I don’t remember now, if I ever talked about this to anyone then. Or if I shared this idea, did someone encouraged this thought. Now after about 6 years, I was talking to my good friend Sandeep Gupta, who told me that he is working on FemtoCell project. I checked it and came to know that it was in 2002, when people were first working on it. It is just that those people took it seriously, worked on it, made it an organized idea and now it is being implemented.
I am happy that I was able to think independently about the idea, which I see now getting implemented. yes, many may not agree with self-recognition :-D, but I have always appreciated, if one person has been to able to think of ideas independently unaware of its parallel existence.
Enjoy and keep Smiling.
Love
Arundeep Singh