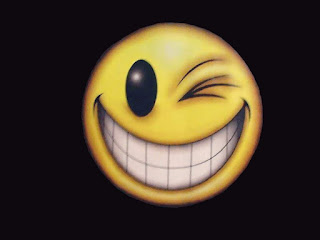 You must have heard these words, “taken for granted”.What happens when we take something for granted? My feeling is that when we take anything for granted, at time we almost forget its importance.To the extent that we almost forget that it even exist. Let me take an example of electricity. In the developed countries, the electricity is assumed to be always present. Anything, which is planned, people do not think much about electricity. It is believed to be always available, something like air in our atmosphere. Recent a project got executed to create longest train tunnel in Switzerland. In all the news, people talked about turbine, engineering ,rocks and other things. No one ever mentioned the importance of electricity for this tunnel. Why? because it is taken for granted. The electricity supply has been so regular and continuous that it never cross your mind that it is something, which may not be available. It is just there and we need to build on top of it.
The same was re-affirmed in one of my recent conversation with a European co-worker. We were discussing about a strategy, which is expected to become a baseline for any kind of other project planning. To put across the message, my colleague said, “This strategy will be like electricity. It is available whenever you put a switch on. And everything else has to run on top of it”.
I was just wondering yesterday that isn’t it true for Microsoft today in the Internet world? Yes, for sure Microsoft is in so many areas today, starting from its legacy i.e. Windows Operating System to gaming to mobile and online devices. But, still while talking about Internet/Web world, today we generally hear Google, facebook, twitter, YouTube. The list may be far fetched, but I believe that everyone would more or less name the major brands in a similar sequence. You may find Microsoft listed in different discussion or forums. But, I  believe that today it is not as discussed a brand in the Internet world as facebook or Google.
One of the biggest topic on web today is social networks and collaboration. facebook is surely the leader today in social networking. It is a company and brand, which has and is expected to drive the future of Internet based collaboration. What I noticed in all recent discussions is that no one even for a moment stop to talk about the client machines. Definitely, mobile platforms is the other most talked about subject today, but that is a topic for some other day :). What about Microsoft, which provides the biggest platform to use on Personal Computers.The simple reason is that the platform is believed to be there always. No one is going to ask facebook how they are going to use it’s application, right?
I am not expecting that people should start talking about every small thing. As for web applications along with client platform, the communication medium i.e Internet protocol is equally important. The only point, which I want to communicate today is that Microsoft may no longer be in the most talked about brands today, but it is definitely becoming a “taken for granted” brand. This itself gives us the idea, that how important Microsoft is for over day to day work, something like electricity.
Whether we talk about Microsoft or not, I believe that all these companies together with each other provides the communication mediums to remain in touch with each other and share the special moments. These moments surely help to put a smile or a laugh on a face ocean’s apart. Keep similing.
Love
Arundeep