I have been out of “Whispers” for few months now. I had some thoughts, which I put it in the list to do. For some reason though I was never motivated to write it down in detail. Some of the thoughts came and went by even before I could not write it down somewhere. You may wonder, how can that possibly be!!! Today is the world of smart devices, which allow you remain connected and do almost all kind of things, which you generally do on your laptop. Well, people who know me, also know that I am not too aggressive to be at par with technological innovation. I still use a simple phone, and the biggest use is to make/receive calls.  Apart from being lazy, other reasons for being out of touch, if to list could be
Yesterday, in all this study and movies I thought came across,  which probably is already known, but was interesting to me. This was such a force, which brought me out of laziness and here I am writing about it.
I believe any one who is on Internet today knows atleast two of these name i.e. Google and facebook. Oracle, I believe would be the third name in list and SAP is surely a major in Enterprise business. Now, what is common all these big giants? They are leaders in their own domain and are like a competition too within their domain. People in Enterprise world surely know the competition between SAP and Oracle and claims to be the supremo in this field. However, it may not be directly the case for Google and Facebook.
In today’s world people who use your products are main deciding factor for your success. It does no matter, how technology savvy your products are, how advanced or tech savvy your team and infrastructure is. If, the final product does not attract the crowd, your have less chance to come on top. This is one common factor, I found between these two pairs in their own domains. 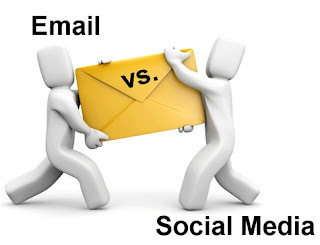 Few years ago, I read an article, which was actually a study conducted by someone as an evaluation of major enterprise solution vendors. Study says Oracle and SAP are both very good. But the positive side of SAP is that all their messages, even related to technical products conveys the message by keeping people first in the mind. On the contrary, Oracle, which does amazingly good in technology, talks to people also in the technical jargon. I could not believe it. Being from SAP world, I know SAP. So, I went on to read about Oracle. I was surprised to find that “study”was right. Most of the documentation,I read on Oracle website just get too “technical”.
Google is a name and brand, which is known today to every web enabled person. The trust is to the extent that, if “www.google.com” is not reachable then it means internet is not working!!!. Yes, the last decade probably Google has been the top technology company. But, facebook has changed it all in last couple of years. It took time some time for facebook to increase their presence on the web. They are not probably as diverse in their portfolio as Google, but there is one thing which helped it in a great way. i.e. “People”. All their product start with people and facebook went a step ahead and included the people network as well as their targets. This immediately exploded the penetration for facebook. No wonder facebook enjoys today 500 million users.
Well, I am not saying everyone needs to jump on the facebook as that is the “the social platform”. It is all upto individual choices. I am also one of those who is not addictive to facebook’s “nicotine”. But, in today’s world, it is one platform, where you can have amazingly beautiful and far reaching personalized social web experience.
I know that enterprise world is also talking about bringing the “context” and social features in their products. It would be interesting to see how it happens considering the diverse industries, technologies, requirements. I believe, if it happens then the social platform providers would be the one driving it and make it easy for enterprise world.
If you do not care much about it, then please watch some comedy movie or get some good comic strip and have a healthy laugh :).
Love
Arundeep Singh