As humans, we all use languages everyday in one of other form for different reasons. To ask for something, to tell something, to yell at someone or to give blessings. All of these usages does not necessarily need a spoken language. We use sign language, or body language to express our emotions and needs as well. However, the amount of complexity modern spoken languages can handle gives them an edge over other forms of languages. For today, lets just keep our focus on spoken languages. This set itself is enough big and complex enough to manage in a single article.

Language is supposed to help us communicate better, so that we can understand each other better. A shrug of a shoulder or waving of hands or a head shake can express few things, but are not good enough to write a constitution or express scientific knowledge for example. To enable this we kept on adding more and more words and variations into our language. E.g. as provided by some linguistic the number of words in English increased substantially over time. 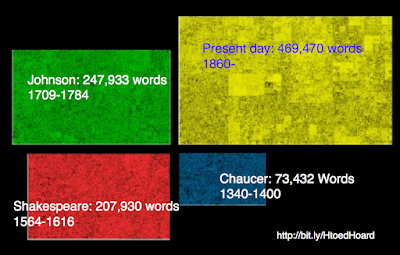 But did the increasing vocabulary helped us to meet the purpose. At first a lot of the people, including me, do not know all the words in English. For me, I do not lose my head over it. It rather keeps my life simple. Look around yourself; among friends, among couples, in business meetings. How many times do you hear “I just cannot understand you” or a similar expression? It is not that other person cannot understand or know all the words that were used to make the expression. It is just that our thoughts are way more complex than what just half a million words can express.

For now, I was just talking about one language. So, just to clarify this misunderstanding or inability to express/understand is not just limited to English. You can pick Italian, French, German, French, Russian or Hindi, Arabic, Chinese, Japanese or any other language. The overall situation does not change. Some use different scripts, some another phonetics, while some goes top-down while others goes to left-to right. It seems like we as humans have put a lot of effort to find the perfect language. Despite thousands of years of effort, the search still continues. But now we seems to have reached our limit to accept variety of languages. Human evolution gave rise to many different languages over time. As the communities moved from place to place, generation to generation, languages kept on evolving. However, now we seem to have come to end of creating new languages. We are trying to find one best language from the available set of languages. For different reasons, majority believes that a single global language would be nice to have. The one overall supreme language!

The fight now is to select which language would be that chosen one. The colonial times pushed the languages of ruler by force. With new sophisticated modern society, people are having complicated evaluations and arguments to present their perspectives of better language. I know some people, who would actually stop and correct your every sentence, till all the rules and constraints of a language are not fulfilled. While, I met others also who would debate over how one language is more powerful and rich, just because it managed to created more variations of a verb or noun in every single situation. One person while talking to mix of international groups said,” I just use English language as a tool. I prefers romantic languages. They are rich languages. English is just a tool”. It was funny for me. I mean English is a tool for what? To hammer a nail or cut a tree or kill a chicken or catch a fish? What other purpose does other languages serve than English or for that matter any other language!

Humans are proud of their complex brains and certainly proud to declare themselves as the smartest species on planet. But, still we are not smart enough to recognize our stupidity. People would fight hours and days and their life to go through books, history, arguments just to prove how their preferred language is better that others. But the same people would gladly accept that we are one world and every one should have the same rights. People would gladly accept that the youth does not speak their mother tongue, but rather a foreign language as their first and only language. They would tag it as simple fact of evolution where the better language took over the other weaker language. But they keep on talking, debating, writing and reading about their historical wars about how “others” raided their villages or killed their people!

As the wind never flows in the same directions and river never always follows the same path, same is the story about languages. If you meet a native English speaker from the main strongholds of English, there is a big chance that you find them on a foreign soil surprised, how local people do not speak English. They would certainly prefer that every person across the world speaks English, as long they stay away from their work economy.

I once met a person, who was from another world than world of language. He said that without art the human world won’t exist. In his perspective anything from building to science, to gadgets, to you cup of coffee or the your underwear that you keep so close to yourself! In his opinion there may be a small chance that languages may contribute something to it, but just “maybe”. It reminds me that I still have to write an article about that discussion. But, for today, if I use is perspective, then language is not so important for human development. Then why so much debate about which language is better or which is superior or global language or which one is a language and rest are just tools.

I think as far as humans are concerned it all comes from the same source. It is the egoistic mind, that source the superiority of “my language” over yours. It is the same idea that would make me say, I believe in “one humanity” and one world. This conflict makes us feel special in different ways in different context. For me I do not care much about that. I am happy that I can speak and use this tool to express myself. There are many who are not that lucky to use this tool. Given a chance that they can only speak English, would they say,” I choose not to as English is not a rich language but just a tool” ? Would they care, if they managed to say that grammatically perfect sentence heavily loaded with booker prize words? I would say no. Rather, if we can offer those a choice of even one language I think what we would get back as an answer is big smile and maybe some tears. Just that smile and tear may not always represent the happiness. They may also represent their understanding and sorrow of our stupidity that we think so high of just a spoken language!

Mulla Nasrudin went to see his lawyer about a divorce. “What grounds do you think you have for a divorce?” the lawyer asked. “It’s my wife’s manners,” said the Mulla. “She has such bad table manners that she is disgracing the whole family.” “That’s bad,” the lawyer said. “How long have you been married?” “Nine years,” said the Mulla. “If you have been able to put up with her table manners for nine years, I can’t understand why you want a divorce now,” the lawyer said. “WELL,” said Nasrudin, “I DIDN’T KNOW IT BEFORE. I JUST BOUGHT A BOOK OF ETIQUETTE THIS MORNING.”

The fall of doctors – part 3

Matrix – The Movie – The Question