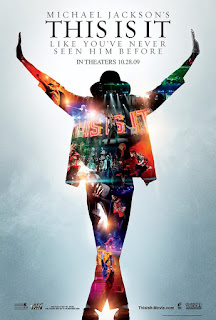 It was year 1995 or was it 1994? Which ever it was, but it was surely before I completed my matriculation. This is when I bought my first Michael Jackson’s album. The album was “Dangerous“. It was probably my first attempt on English music. I had a small cassette player at that time. Poor gadget was not able to produce any beat of MJ’s music!!! Still, I liked the rhythm of the song. It was really good. That is another thing that I was hardly able to understand what he is saying :). Overall it was fun.
I did not move much along with MJ after that. It started with Dangerous and ended with “Blood on the dance floor“. I was never able to understand much of the song. I tried some other English singers and then I left all of it. Never followed any singer or new music. Even in Hindi music I did not follow much. The bollywood songs were always there as I kept on watching movies. It is almost unbelievable to imagine a Hindi movie without a song :).
In last few years, India has started following the footsteps of western world in Reality shows as well. Be in it music “Indian Idol” or talent recognition “India’s got talent“. There are so many other variations of the same as well. They at time went too ugly. Lately, I was watching another such show “Dance India dance“. It was really amazing to watch them dance. I know there are much better dancers than them. But these are still students, picked up in auditions and getting trained during the show. The most amazing thing I found in the show was how supportive each candidate is towards others. They perform well, and if they were helped by someone they so freely mention their names. It is really beautiful to see such a respect, such honesty, such love even when they are competing with each other. What a motivation they have.
Then I watched “This is it!”. I was simply glued to the screen watching this video. I have never seen his performance on stage and was never so inclined to watch it too. This is the first time, I watched and wow!!! I have never been able to understand the craze for singers, actors/actresses etc. People doing crazy things, shouting at streets, collecting photos etc and what not. But, I could not stop thinking that what a feeling those 11 people had when they would have come to know that they are going to work with Michael Jackson. Their motivation would be at their highest knowing that they are working with their “idol”. Apart from his performance and brilliance, I was touched primarily by his humbleness, sincerity to his work and the attention he paid to each individual detail. I simply fell in love with the character. For sure, it was his passion for his work that he “MJ”. That’s another thing that even today I was not fully able to understand the lyrics while he was singing 🙂
I am no big fan of MJ. He is no more in this world. But after watching his last performance, all I can say is “This is it!”. It will always remain “is” and will never become “was”.
Love
Arundeep

The linguistic debate of The Creator

Story of the last bite