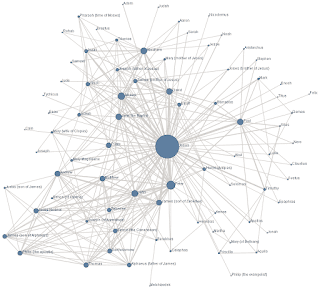 Everyone is talking about social networking nowadays. Be it general social sites like orkut, myspace, facebook or professional like linkedin or technology specific like SDN etc. Everyone is full of it. Each site want to add more users, and every user want to hop into every other site. There are even family specific networking sites e.g. Geni. I keep on getting such requests in my email inbox every now or then. And every month a reminder “so many friends are waiting for you!!”. This is crazy, at least to me.
One of the first such sites I know is Geocities, which was taken over by Yahoo. The latest and probably the most dangerous medium of all is twitter. I still prefer to use my email for communication. I am still trying to get used to “chat”, which has now invaded the office time as well. It took me 2 years to get hooked on to Orkut (Thanks to one of my friend ). I was still getting used to it and then came linkedin. Its almost 3 years now when I joined linked in. Lately everyone is talking about Facebook. Some of my friends are on facebook and not on Orkut. Some find one site more friendly than other. There are so many options on the table. It feels like I am in marketplace picking vegetables.
Apart from the variety of it, feature set, applications etc, sites have regional preferences as well. I know orkut became majorly popular in India. Facebook joined later. Whereas in America and Europe, Facebook is on lead. I still do not feel comfortable with all these sites. I do not even use their features. It is like new smart phones. Most of the people who have one, use only limited number of features. I found it hard to align myself with the professional value behind some sites. But still, like every other thing mankind has done, these sites are part of the new lifestyle.

Finally I gave up today and joined Facebook as well. The only idea is to just have a connection with friends. I do not believe myself to be uploading photos or videos regularly, neither foresee playing with applications and games either. In first attempt it felt like too much of Information load for a person like me. Even Orkut has launched a beta version similar to it. I still prefer the old layout though, thanks to its simplicity. I wonder if my mother will be able to learn to use Facebook. Will try that, she did learn Orkut though (well its like to be able to make a call on smart phone )
Now you can find my face and the (photo) book on Facebook as well. Lets build another connection. Long live Social networking.
Love
Arundeep
PS: If one is interested, there is a full list of social networking sites.

Innocence – Defined again for me

All I want is everything …