This blog I saved in my draft and forgot about it. Well that is the story of many of my blogs. Thanks to a discussion today with a very good friend of mine, I realized I need to complete this. It actually started when I saw a joke shared by one of my friends. In the video, modern science guy mocks the future-teller by asking him about his future. While the fortune-teller is busy reading hands or planets, this customer slaps him hard on the face. With that event he starts to laugh and says, “So you know my future, still you did not see that coming!”. It is a funny way of using one scenario to completely negate a domain of studies. I am not so aligned on these kind of methods.

Future-telling has been a very successful work, well at least in India. Over the centuries various methods were developed to predict future; Astrology, Numerology, Palmistry, Tarot cards, crystal balls etc. Different places developed their own mechanisms. Some are similar, some are very different. I do not know how all these different techniques developed and what kind of hardship they had to go through before becoming popular. In some societies, people of these domains were well respected and even feared. However, as modern science is reaching more and more people, it is losing its trust and status as it had once. Some people argue that it is not a science, but some illogical psychic people, who manipulates other simple-minded people. I am not sure if it was called science 1000 years ago. Modern science definition is after all only a few hundreds years old. However, I think it is a science in its general sense.

Like most of things that we use today, I think future-telling also started as a result of demand-supply equation. As humans started to use more and more of their cognitive powers, along with their creativity to create divine entities, people probably started to wonder about future. As we moved from living day-to-day life to planning our crops and harvest, rains etc, we needed some way to tell us, some way to comfort us that everything will be fine. Some geniuses of those times would have put together their best effort and burnt mid-night fire to design these various techniques. As the dust keeps falling on old books and they merge with earth, it is almost impossible to say what was originally in those books. It is even harder to find anything about the times when lessons and teachings were passed down the generations by way of story telling. Nevertheless, we know what we know based on what we have today. While doing these comparisons of new and old we seem to accept more of modern theories than old ones. Because the old sciences do not use the modern language, it somehow gives us the freedom to make jokes about the old. While people feel little bit superior while making that joke, I think they miss the other side.

Today, we have so many tools and techniques to plan, all thanks to modern sciences. Most of us are busy planning our lives. It may be project plan, holiday plan, investment plan, education plan or any other kind of planning. But what is planning? Is it not about defining your future actions? If one gets unrestricted access to data available for all, he can tell a lot about future of many people. The people who are “Going to or are interested in a FB event” or who has entered their holiday plans years ahead in online calendar, or who has reserved tickets for football world cup, or people who have written their wills or may be a model can be developed to foretell health conditions (may be it already exists) based on access to health records. All this based purely based on modern sciences and no psychic crystal ball! What if astrology or other techniques are only a different way to access those hidden plans in a different dimension, written in a different script, accessed by a special program and frequency alignment? 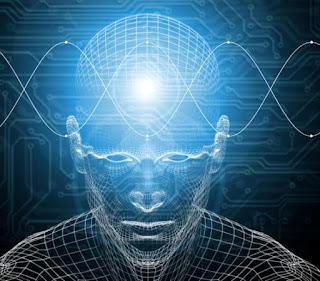 People who believe that they are pro-modern science, tends to go against these old sciences. In general nothing wrong in that, after all it is just a belief of certain people. They like to use the terms and logic of modern science to challenge the old. However, beauty of the brain is that while challenging old science, it makes us accept similar fallacies in modern science. Let us take the joke that I mentioned in the beginning. You can read it again, if you no longer remember it. Only reasoning that is used to challenge, is that if a person cannot predict what is going to happen in next seconds to himself, how is he going to predict future of somebody else’s years later. This argument at this moment seems logically reasonable to conclude that fortune-teller is a bogus. If he can predict far future for someone then he should be able to know at least his own near future. But, we never use the same logic while we go to optician and ask for near OR far sightedness problem. To make it more clear, using the modern science terminology, everybody believes that motion of a single particle is random. At the same time, this person do not stop, even for a moment to think, before he starts the weather channel or open his mobile application to check the forecast for coming days. Isn’t it the same reasoning? In one case it is not acceptable, however in the other case it has become an acceptable norm. And remember, we are still not able to predict weather very well even few days in future. Why do we not create a joke on atoms and clouds?

With time, believes will change, methods will change, people will change. People will still keep on agreeing and fighting over their believes.  I am always ready for jokes and I like almost all kind of jokes. If we really understand and share it in the sense of comedy, it is different. But, if we use it with a belief to feel superior or to show other one low, then may be its time to check that feeling a little deeper.

Now whether future telling is possible or not, I need to find a good Fortune-teller. I just hope that in future I am able to share little bit of smile with someone.

“Mulla Nasruddin spotted a man with a rooster and three rabbits professing to predict future. he used these animals to help him with predictions. Mulla Nasruddin’s friend went to visit this fortune-teller. When he came back, he seemed very upset. Mulla Nasruddin asked him, ” What is the matter?” He said, ” That fortune teller said few things. Now I am worried”. Mulla Nasruddin said, “Don’t be worried. Nothing is certain in life, so no predictions can be made. I tell you that only fools are certain”.  His friend replied, ” Are you really certain about that?”. Replied Nasruddin, ” Absolutely certain!”

Why do we travel?

Why do we say “Happy Birthday”?