Skip to content
I have always tried to look at things little differently. I do not know why and many times I felt that I was being conditioned not to do so. Now, it is hard to know how much I was able to keep myself “me”. But, I am whatever is the result of those struggles. I was challenging believes about religion, ghosts, spirits, why one element “gold” is more important than “iron”, even to the extent why I should say “A” as A and not something else. But, then it is not possible to think at every step of the life. I realised that we love to listen stories and believe what we find aligned with us. Interestingly the stories we get told as kids are then the ones that influence our alignment with new stories that we learn as we grow. May be I never listened to those stories carefully to condition me enough. This somehow aligns with why I was not a good student and why probably even at workplaces I challenged the ways of working all the time. As I grew and I learned more about the world, I had many questions and developed my own theories. But, I was always lazy to put an effort to collect them and may be also did not have enough capability to do it. But, I was still lucky to come across and read this amazing text about “us”, Sapiens.
Did you ever think
Mr. Harari has put all dimensions of human life in a such a simplified and beautiful way. For me, it was one of the best books I ever read. Of course as scientist and historian, there are always things that we do not know and we cannot answer. This possibility of not-knowing is beautiful, as it keep the mind open for different options. May I did not understand everything, but despite being a beautiful book, few questions were left for me. Unfortunately, I came across the book too late and could not be part of one of courses led by Mr Harari.
May be the same way sapiens killed other species, better sapiens, kept on travelling and killing less developed sapiens and thats how revolutions (cognition, agriculture, tools and clothes etc.) also moved. E.g. take over of American and Australian sapiens by Euro-sapiens”
Despite the questions there are many points, where Mr. Harari challenges the normal accepted believes. Few of those are

One point, I would have loved to see in the book is about evolution in the cognitive world. In the biological world some random events caused all life forms to come in existence. Same way random event stared the cognitive world in Human brain. Since then, this world has evolved almost on the same principles as biological. The one who adapts is the one that survives. This is valid to all of our stories an myths. From Greek to Indian gods, from Christianity to Islam, from companies to insurances, from capitalism to NGO, from religion to spiritual to agnosticism. Difference is that pace of evolution in cognitive world is too fast. It is not limited (at least directly) by physical and biological constraints. It increased pace initially with increasing number of people. Now it is even getting external help and that help is technological. Before, if I had a story, it may take generations before it reaches from Greece to Rome. Of course with a condition that it survive for that long. Now with connected world if few people gets killed in one part of the world, other side of globe comes in streets for protests.

It is one of the old wisdom that one never know what future holds, even when one has good intentions. Good also has a life. Once it completes it lifetime, the same good becomes evil. He mentions about recent developments of email, mobile phones etc. ; are they good or bad? One big rule is that we are naturally inclined towards finding the easy way; the same way water is inclined to flow down. However, there is no way to fathom the implications of the easy way. It is especially true when that change happens over many centuries and millennia. Now is probably the first time when we can make a change, see implications and make another change. Same as before just pace has changed from ice age epocs, millennia to hundreds, to generations to only a few years. 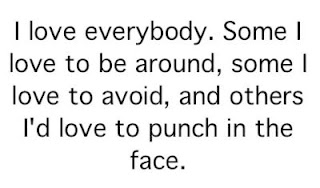 We do not know how we will change the course of history (or should it be future) by our new internal and external capabilities. We have so many things going on to have any possibility to consolidate it. Be it GMO seeds, GMO animals or humans, artificial computers or hybrids. We are still struggling to understand things that have been with us for many ice ages e.g. eat meat or not. We might upgrade ourselves (Intelligent designs) or build some quantum computer, but we will never know if this is a trap or not.
At the end, I am still happy to read such a beautiful account of mankind. It made me think and made me smile and laugh at the same time. If you smile or not will depend on what myths you believe in. After all, it is good for me only because I chose to believe in this story.
For various stories and myths that we believe in,  I would like to quote Mr. Harari for a simple one.
“We are the only species that believes in fiction. There is no way to convince a chimpanzee that if he sacrifices his banana now, then after his death he will go into heaven of bananas.”
Keep Smiling
Love
Arundeep
Talking about Intelligent design
Three freshman-engineering students were sitting around talking between classes, when one brought up the question of who designed the human body.
One of the students insisted that the human body must have been designed by an electrical engineer because of the perfection of the nerves and synapses.
Another disagreed, and exclaimed that it had to have been a mechanical engineer who designed the human body. The system of levers and pulleys is ingenious.
“No,” the third student said, “you’re both wrong. The human body was designed by an architect. Who else but an architect would have put a toxic waste line through a recreation area?”

Money not spent is money earned