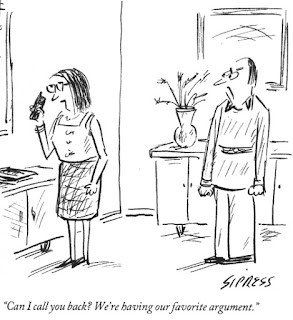 Do you like to Argue? May be yes, may be not. However, in general the response from most people is No. Argument is generally given a negative attribute. People when asked, especially in public, normally do not accept that they like to argue. We try to find some sugar-coated words e.g. debate, healthy/constructive conversations, alignment etc. In social circle, if one is known to argue, then he is looked upon as he has some contagious disease and its considered a good idea to keep some distant; if not physically then mentally. The degree to which people perceive this threat change based on society, community, group etc. e.g. some sophisticated civilised group might take it personally. The groups considered here are those, where even how to smile and laugh on what kind of jokes and situations is a training. Another such broad group that fall in this category are religious and spiritual people. These are the ones who are trying to appease everyone and looking for agreements and not arguments. Why? It is not good, brings negative energy, create distances etc. But, still why? what is wrong with argument?

People may not accept it, but argument is a basic attribute. You only need to look around. People have an instinct to pick up and argument. It can be about Political leader, Religious understanding, Country boundaries, state policies, school curriculum, method of teaching, even for which dinner table to buy, which colour to paint, which clothes to wear, to smile or not even to say it or not! We are all surrounded by arguments. We even argue about whether to argue or not! If somebody comes and asks at that moment, “what are you doing?”, answer is most probably that I am not arguing. This statement is made without realising that argument is like birds flap, sound of a clap. It needs two to make and argument. More the merrier.

But it is that subtle mechanism, which makes us behave like that. We always take the side of agreement and peace. But how do we reach there? Of course the other has to agree, after all I am the one who is on the side of peace. It is just that everyone is of the same believe. Look at religions e.g. they all agree they are on the side of peace, but are they really? Agreement is simply the other side of an argument. If there is no argument, then what is the need of agreement? The moment argument is denied, agreement loses its meaning. Argument is a process, agreement is the result. If there is no agreement, then the process of argument continues.

Another way to look at the positive side of argument is at its property of being the cause of innovative discoveries. If everybody agreed then we would still be living at flat earth, Sun will still be revolving around earth and earth will still be the centre of the earth. These arguments made people leave their groups and travel across the world. These arguments are in a way the reason for the connectivity of this world today. Difficulty is to move from the surface and look a little deeper. To leave the cosmetics of “being nice” and look at the real face. There may be an argument if that uncovered face is more beautiful than painted one or not. But such is the nature of mankind and nature. There is a conflict, there is an argument. Argument keep the cycle moving. Sun has an argument with water and it evaporates. This vapours have argument with mountains and they become water again. There is a gap between mountain and ocean, it makes the river flow. There is a gap between temperature, that makes the air move. Imagine if all these gaps did not exist, these arguments did not exist. What kind of world it might be.

Similar is the case with human world. We created languages to talk. Today we even argue about which language is better or how language should be used, written or spoken. If all arguments are gone, all gaps are removed, everybody agrees with everybody else, what exactly do we need to communicate? If whatever you are going to say, I agree with it, then there is really not need of such sophisticated language. Yes, one can argue that it is still need to tell, if there is a danger, to communicate my feelings etc. But I think then for this argument, one needs to look little deeper. If I really agree with you, then is there really a need to tell me your feelings in sophisticated language? and if anyone missed to notice, it is again an argument.

I am sure, we can start and argument on this topic and this articles perspective. But think for a little while longer, before we start it. I am sure it is not possible to align all on this perspective, but I hope that people do not need to have an argument to smile or not.

Mulla Nasrudin and the local priest were always fighting and arguing, and eventually they finished up in court.

After listening to evidence from both sides, the magistrate said, “I feel sure that this can be settled amicably. Shake hands with each other, and say something for good will.”

The priest shook Nasrudin’s hand and said, “I wish for you what you wish for me.”