Few days back, I was having a chat with one of my friend. It was in the context of tea, when I happened to mention, ” I just finished drinking tea”. He being a language guy, immediately corrected me. He said that we do not drink tea. I was taken by surprise; we do not drink tea!! It can mean anything. It can mean that “we”, as a culture, do not drink tea. Or it could also mean that we are supposed to eat tea. In that case, I was doing it wrong for so many years. Soon my shock reduced, when he brought the questioning to the use of language. He said that we do not “drink tea”, but we “take tea” or “have tea”. Being a bad student, I ignored that language lesson and I mentioned again about drinking tea only to get reprimanded again about “taking tea”. But …

Why there is so much attention about the use of “proper” language? For me this is too much seriousness about language and grammar. I agree that we need some system to be able to keep some clarity in discussion. However, to have this much seriousness on language is almost the same as fighting, if I lit a candle in a temple properly or not. Yes, I know I won’t put the candle, where it can burn down the whole temple. So, what’s the problem, if it is on the left or right side of the table!. I have come across other such scenarios as well. In one case the child is so obsessed about the proper use of English, that she keeps on correcting her mother’s English all the time. While it is ok to help somebody, but to have a state of mind that I know “English” and others do not, is a completely different.

Why is it so important to be so precise about the use of language? Is it about language or about the feeling that makes us feel better or superior? Why are we so fixed on certain usage, which we believe is the right usage? Being a language expert, one should also know that it is dynamic, it keeps on changing. I believe that having that knowledge itself is not enough. One must really accept it, only then one can be relaxed about small differences. Just look at the language history, any language and how it has changed over centuries. Shakespeare did not write the same English as we write today. People fought about “did not” and “didn’t”. Many words have changed their meanings over time, especially when the travel across languages. So, why are we so rigid?

Especially why do we care some much, if someone is drinking tea or having tea? Just because some random guy at some random time defined it like this? In this case it probably happened to a British man, where “having tea” was a special occasion of the day. Tea time with all the snacks, gossips, biscuits etc. along with it. May be at that time ,for that scenario, he thought it to be appropriate to tag it has “having tea”, while he was pretty much agreeable to drinking juice or water. It is almost like a Swiss guide book, if a rule is there then it must be followed. I was once at a dinner with my colleagues. One of them happened to be Swiss. When a Scottish took a piece of bread and made a slit in half with knife, then Swiss almost fainted! Surprised Scottish asked, “What’s the matter?”. Swiss replied that it is not right as per the manual of “How to eat your bread on table”. I was curious and asked about details. He gave a name of person (I do not remember it now) and his guidelines on eating food with “tools”. He explained that cutting bread like this is showing aggressive behaviour. So once should simply take a small portion from the side by hand and then put butter or jam on it, as you like, before eating it! Now, I was surprised as to how someone humans can take anything as a “Commandment”. 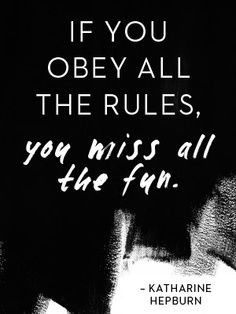 In my opinion, main purpose of the language was to be able to communicate the message. Rules are only a way to make it easy. Is life so serious to get stuck over drinking or having tea. May be for British, it was all about “having tea”. But the world has changed since then. For most of the world, “drinking tea” works just fine. If a Chinese person goes to Italy and manage to explain that he would like to “drink tea”, I am sure Italian is not going to fight over “having tea”. It is a different matter that Italian may fight that why he is not drinking coffee.

I do not know if you drink tea or take tea or have tea. But, I hope that next time it happens to you, you smile and enjoy it’s aroma in your nose, texture and flavour in your mouth and its calmness in your body. I also hope that smile happens as a spontaneous act without thinking about a rule book to check if this smile is appropriate for this occasion.

Nasrudin was ferrying a traveler across a lake. As they spoke on various subjects, Nasrudin made a minor grammatical error.
The traveler remarked, “You who wears a turban and calls himself a Mulla-have you ever studied grammar?”
“No,” Nasrudin admitted, “I have not covered that subject in depth.”
“Well then,” the traveler replied,” you have wasted half of your life!“
Several minutes later, Nasrudin turned to the traveler and asked, “Have you ever learned how to swim?”
“No,” the traveler responded.
“Well then,” Nasrudin replied, “you have wasted all your life-for there is a hole in the boat, and we are sinking!“