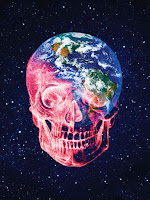 Lately one of my friend forwarded a link to an online documentary HOME by Yann Arthus Bertrand. Surely many of you would also have received it. As it was available only for a limited period, it would now be available on many other storage sites. Just search for it if you are interested.
Point is, what is so special about this documentary? There are many such which comes on NAT-GEO or Discovery. Well, the first thing I felt was the amazing video/images and its sequencing. 2nd would be the mesmerizing voice, which compels to keep listening. Surely the message of the whole effort is good one. But then why I am writing about it again? Nothing much, just few of my observations and thoughts.
The ultimate message what the “everything and everyone on this earth are connected”. The background is scientific saying that there is a common element in all life forms. This common element is the most basic life form available millions of years ago. Similarly some spiritual theories says everyone in this universe are connected by some common element. What I understood was that everything is dependent on others whether humans, animals, plants etc. Need to respect this known or unknown dependency.
I came to know about how the whole world is getting meat everyday. It was amazing. 50% of veg growth is used to produce meat to eat for humans. Yes, from equation perspective it looks good. After all total food for human. But the point is to change veg into meat needs another whole lot of water, transport, fuel, waste. Amazing!!!! Some calculations.
Well, then one or other way how humans are destroying the earth. Infrastructure, Petroleum wastage, water wastage, diminishing varieties of plants, vegetables or animal species. Then a warning to save it. Surely, no other animal is considered to be actively destroying and saving the earth than humans. Its strange. I wonder if Lions or Dinosaurs also thought in similar ways. After all they also kept/keep on killing animals. Did they ever felt they might wipe off one or other species?? I do not know. What you say?
If humans are naturally evolved species like any other species before, then whatever is happening should also be natural, isn’t it? May be this is also a natural phenomenon of getting a new balance like at the time of Dinosaurs!!!! Soon very few animal and plant species would be left, automation would have become the backbone of humans and all petroleum will be out. Will Solar, nuclear and wind energy would be sufficient to support all the requirements? Will 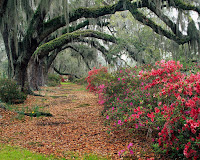 there be still some ice left on poles? Will the only dancing whale view available would be “Free Wily
” ? Will the sharks be only available only in “Jaws”? May be everyone would be living in second life by then!!!
I do not know if anyone has answers to these question. But I would advise to watch this
beautiful video. Surely a must watch. It may help.
What will happen to earth I do not know. But I still have the option to laugh 🙂
Arundeep Singh