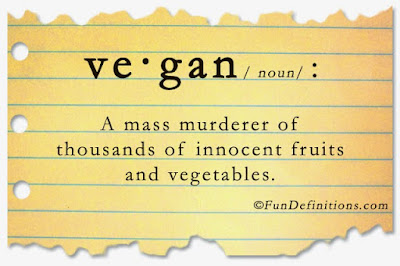 On my travels I almost always get asked about the caste system in India and how it was bad and so on. Some people know a little about the caste system that existed or some simply know that it existed. Some have visited India for a month or so and would like to believe that they have seen it while others would base their information source on “Slumdog millionaire“. As a side note, it is interesting to observe how we as people can make our ideas and opinions from small piece of information. Maybe about this specific case, I would like to write some day when my mind is full with some weird thoughts. For today, let’s get back to caste system.

Before I write further about my observations and thoughts, let’s go through some terminology. Although we developed language and scripts to make communication easier. However, we struggle to have the same understanding even when we speak the same language. Some words have various meanings and would overlap with other similar words. On the other hand some words just have different meaning based on the person and the context. For today’s topic I would like to have overlapping discussion over 3 words; caste, class and Varna. While one can argue they are not the same, however as I would see and in lot of practical cases they do tend to overlap.

In a very simple terms all of these words try to classify people in some groups by means of which we can define and treat these groups differently. It may be for work, for boundaries, for opportunities, social interactions, religious practices, do’s and don’ts or even for travel and marriages. Varna is very specific to India, however its practice is visible across the world in one or the other way. As we move forward into era of industrialism and capitalism, these classification systems became more and more overlapping. You can be from “lower caste”, but today if you have a lot of money or political power, then you are beyond the old time restrictions. However, if you are from “higher caste” and have no money or no political power, you may also well be on road. In between there is large complex matrix of various social, economical, religious, political and cultural categories. To make it little more complex, the meaning of these “castes” keep on changing with time and context. I would encourage you to just read the Wikipedia for these terms to get an overview of these terms. Beyond that there is tons of historical and documented books and articles, if one is interested into. You may find one article conflicting with others too, but that is nothing special about “castes”.

These systems of classifications, especially caste systems in India, has been long debated for its misuse to control people. Today we also have situation that the so called “upper classes” are fighting and claiming that “caste system” is being misused to give benefits to “lower castes”. Isn’t it interesting how the sides keep on switching as the wheel of time (Kalachakra) keeps on turning. There is no denying that the caste systems existed and they were used or misused to benefit for certain groups. However, it is strange that a lot of people can sit today and talk over a lunch or dinner how this systems “was” bad. Important thing to note is that it is mostly used in past tense, as if it does not exist today. I believe the reason could be that while talking about caste system, people tend to stay with the meaning as they heard in stories from people, read in books or watched in movies or documentaries. But are we really that far away from “castes”?

A big part of the world do not even realize the differences and classifications that exists today. One reason is that day-to-day life is way more comfortable for a common man than before. It remains a fact despite that a lot of people would complain about having less money or other means in their life. All one need is to go back a little, just 100 years back is enough to know the vast differences in daily life. One of the basis that we create classes or castes are based on the country. If anyone has applied for visa and gone through a lot of paperwork just to travel for 2 weeks to another country would know that. What is the reason to have high visa rejection rate, if you happen to come from mid-east or happen to have a name that may sound Arabic? Why certain people gets stopped for a long period of time just because their passport has a different colour? Isn’t it common to hear statements like oh India or Bangladesh is poor while China is cheap but most of mid-east Asia is dangerous? What makes everyone believe that they have a right to help a “poor” African country? Isn’t this creating new castes to have some notions about how we treat some people as generic groups? Especially in some cases, the groups are really huge.

What about rich and poor? This is way more common in today’s global world. I really do not mean here the big corporate and billionaires. What I mean is the differences between the so called middle class and poor class and even in-between these classes. It is easy to fret when you see that some billionaire fled after a fraud, but we completely miss to think some poor guy when we leave food in a restaurant or at home to be thrown away. Most of us are looking upwards to the tower of riches, complaining about the richer while able to justify his/her expenses, wastes, cars, houses, apartments, gadgets etc.

Clothes is a very special caste. It probably exists since the origins of clothes, but it is much more evident now. We have certain ideas about clothes and situations. Certain places and occasions are associated with certain type of clothes. I wrote earlier about my own experience about clothing on a beach. Try to go to any big corporate meeting in your gym clothes or go to someone’s wedding party in pyjamas, or even to a yoga class without your special yoga outfit! People will stare so hard like they would bury you in the ground or vaporize you in the air. Unless you are Steve Jobs or Mark Zuckerberg, try to enter into a special 5 star hotel in your casual jeans or comfortable hoody? If that is not enough, then just get some tan, put a mid-eastern turban on your head to turn some eyes or have some stop on an airport. I left hijab and women vs men out of discussion, just not to make things too sensitive.

Just watch your daily conversations and interactions and you will see many castes and classes. Vegans, vegetarians or carnivores! Any common exercise vs yoga or acro-yoga or hot yoga or you name it. Religious vs spiritual vs atheist vs just people. There are many such castes and classes based on which we like or dislike people. We behave differently with and among such groups. However, one big caste system that is emerging and will be evident soon is the people who only consume the digital information while the others who controls it. It is not just about your facebook profiles or Instagram videos. We had and have such kind of differences earlier too. E.g. a smart businessmen a clever politician. But access, understanding and control of digital information would create a special elite class of community not just by running on some outsourced servers. These people would be integrated and enhanced with technology either with silicon gadgets or genetically.

The world has always been and would probably will always exist with different classes, castes or varnas or any other new name we may come up with. It helps some people, while others not. It also helps our species in general to have simplified conversations. However, for every nice cool breeze there is a tornado somewhere. For every calm sea, there is a tsunami somewhere. And for every fertile piece of land there is a piece of barren land or a desert. I hope and believe that for every frown, for every sadness there is a smile and a laughter somewhere.

Mulla Nasruddin was playing cards with his dog. A man looked, he was surprised — the dog was really playing. So he said to Nasruddin, “Nasruddin, you really have a strange and wise dog.”
Nasruddin said, “Not so — he is not so wise as he appears, because whenever he gets a good hand he wags his tail. Not so wise as he looks!”

How are you motivated to solve “The Candle Problem” ?