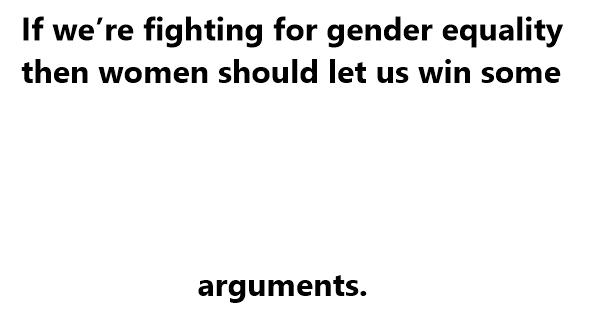 Life is amazing, it really is. I am not saying good or bad or for worse or for better, it simply is amazing. It was about 18 years ago when I was out of my home town for my 6 month training as part of my engineering studies. I was staying with few of my friends in an apartment. We all had different places to go for our trainings, but will end up back in the same room by the end of the day. My friends knew what they wanted to do in the future. They were preparing for the entrance exams that will enroll them into Masters level course in one of the engineering colleges in United States. They each had a list of colleges they wanted to apply and knew what scores they need to achieve to be able to apply for those colleges and courses. On the contrary, all I knew was that I wanted to go through this training; I usually never had long term plans. One day my friend asked me, what do I think I would be doing in future. I do not remember exactly what my answer was. But, I remember, in my then envisioned future, I was not fixed in one role/job/work. I moved from being an engineer in my field to be a computer engineer to a researcher in some University or to be in the field of mathematics. I did not know then that after all those years, I would attempt to teach mathematics to school kids in a country, whose name I had not even heard then. Isn’t it amazing?

I was talking to one girl who comes to learn mathematics. She is not one of those who love mathematics and want to improve. She is on the other extreme, who hates mathematics and cannot see the purpose of it in our life. But it was not just the numbers or geometry that we talked about. One day we were talking about some random subject when somehow the discussion about the state of affairs in human society and how people are being mistreated started. She was of the opinion that it is not fair that some people get paid more and much more compared to others who struggles to pay their bills. In her words, it just does not make sense and as humans we should all be equal and paid equally. She of course did not like the idea of “interest/tax” as well. In her world, if she would lend someone money, then she would like the person to return the same amount back. Asking to pay interest is just evil!

I asked her why everyone should get the equal share? Does she thinks that in nature if a Lion makes a kill, do they all divide equally? What about hyenas; why they have to be satisfied with the leftovers of Lions? And what about dogs and so on? Her answer amazed me. She said, because we are not like other animals. We are special, as we managed to control and subdue all other animals. This makes our ways of living different and in her opinion, it means that we divide equally. I am not sure where this idea of equality comes and how it gets (de)shaped so much that it reaches this level of thinking. As Carl Sagan mentioned and re-delivered by Neil Tyson in his series “Cosmos: A Spacetime Odyssey“, we humans have some thing in common, that is this feeling that we are special. I think I wrote on the similar lines earlier how we feel special and want to feel special, to be treated special; by parents, by kids, by friends, by teachers, by partners and the whole world. We felt so special that we even created God, whose whole purpose was to create us and listen to our prayers!.

In a broader sense, based on the criteria that we humans define, we appears to be and most of us strongly believe that we are superior. But are we all superior, so much so that everyone of us are the same level? If that is true then what happened to that 20:80 Pareto principle? Based on the “known and written” history of human evolution, we have always lived in hierarchical society. Of course one can argue that if we have lived like that, it does not mean it is the right way. The right and humane way is to be equal. But what is the basis of that theory? And who is proposing that or advocating that? In my opinion advocates are usually the groups who are at the wider side of the pyramid and proposal could come from someone who is on the narrower side and wants followers in numbers for some “purpose”. The kid who cannot get his/her head around multiplication of single digits, starts to believe that capitalism is bad. The same kid can also come to believe that if one guy works in the bakery selling bread (not because he was limited, but that is all he could manage), is equal to the guy who could manage to get the bakery chain running around the country and beyond. Based on this type of equality we should not give damn about Einstein or Newton nor should we put Van Gogh or Leonardo into hall of fame.

As an individual, I do not believe in equality as I do not think it is “law of nature”. These differences are the reason that world is changing; from oceans to snow peaked mountains and small up streams to rivers back down to ocean. Some maybe better than me, some may not be. Scenarios maybe different as well; some play better football or draw elegant paintings, while others can sell a comb to a bald men, while I can just manage to sit and watch the world passing by. Reasons may be different as well, some were helped by their circumstances, environments, while others would work hard to create their own conducive environments. Either way differences would be there in individuals. I do believe that if more and people start to believe in “blind equality” and start raising slogans against capitalists, leaders, governments without having any base for themselves, the more we will find pareto principle moving from 20:80 to 1:99 and beyond.

I am not sure which way the crowd will move, but with “feed the like-minded data” based algorithms, I think we will be divided in virtual groups across the world. Some believing in equality, some naturalists, some wants to go back to “old days”, some boundary based patriotics while others who believe and support “flat-earth“. I just hope somehow in all the groups, they do find a small common thread about smile and laughter, even if they laugh on different jokes.

Two children found a bag containing twelve marbles. They argued over how to divide it and finally went to see the Mulla Nasruddin. When asked to settle their disagreement, the Mulla asked whether the children wanted him to divide the marbles as a human would or as Allah would.

The children replied, “We want it to be fair. Divide the marbles as Allah would.”

So, the Mulla counted out the marbles and gave three to one child and nine to the other.

Is savings top priority for an Indian?

The most weird species : Ergonomics