We are taught to support others, provide a shoulder to help someone walk, to be there to accept and approve of the other person. This is one of those social convention, which somehow we enforce on each other. Can you recall a discussion with your friends, family or even a stranger, where you happened to agree to his/her idea even when you were not aligned with the idea? The time, when you thought that it is ok to support the idea/thought, as you felt it does not force you to change yourself? Or the time, when you agreed to someone just to close the topic? Or that time when you kept on saying yes and even further build upon the idea as you knew by doing this you are ensuring some benefits for you, in term of customer, in term of debt or some other future need?

I was once in some “spiritual center” doing volunteering work. I was not doing anything about spirituality or spirits; that was left to the main organisers. It was very interesting time there as I got to meet many new people and made many new observations. People would come there to the planned sessions to find some peace or find solutions to their problems. It would appear that some did find themselves better after those sessions. I do not know how long that feeling stayed with them as many of them were regular visitors. Whatever the reality, what’s wrong if a person comes and find some peace, can smile, can laugh and feel relaxed, even if it is just during that time of a session. 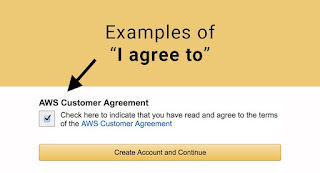 I was not the only volunteer there. People from other countries were also there. We worked together, through out the day, everyday and shared moments together. One of the other volunteer would also appear to believe in spirituality and special connections between humans and between humans and other animals and plants. Once he could not contain his curiosity and asked me about my long hair. Living together, he knew that I have long hair and he also seemed to be fascinated by the native American long hair stories. It felt like it took some courage for him to ask the question. He asked, “If there is any special reason that I tie my hair on top of the head? Does it help me to somehow channel my energy effectively or have some central balance?” A lot of people have asked me about my hair till day, but no one has ever asked this question before. What to make of this and what to answer? 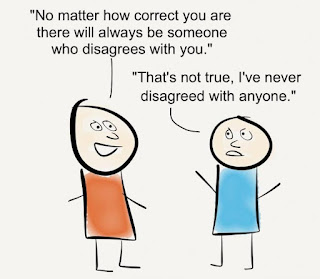 I was amazed at the thought and the idea that one can build based on his/her experience. I was not sure, if I can smile or laugh before I say anything. I could see that he was quite serious and his eyes had some kind of expectation that wanted it to be true. He was probably expecting that finally he met the guy with long hair who can finally verify his theory. Or maybe all of this was just in my crazy mind and he just asked a simple innocent question. I told him that neither does it help channelize any energy nor it help me to focus it somehow. It is simply the way the culture has developed over the passage of time. For me, this is how I learned to manage my long hair on a day-to-day basis. I could see that he was a bit disappointed with the answer. He seemed disappointed the kid who just got to know that his favorite cartoon is not going to show today.

I told this story to one of my friend and he said that I could have simply supported his theory. Nothing would have gone wrong with me and he would have been happy to get an affirmative story. Nobody’s loss. In his opinion if one wants to get a certain answer then what is wrong in providing it. I know few people who likes to talk and are usually popular for the same reason. If you present an idea, they would happily agree with you. However, in an another group they would happily agree to the counter idea as well, as they realize this group or individual is more connected with this particular idea. This way on both occasions they end up building a bond with those people, as we favor those connections those are more like us. However for me it is not that easy. When I am in such a scenario, I am always in a fix. I see some expectation in the eyes, but I cannot slap on the face. I put an effort to give my view without being blunt. I see sadness/disappointment, but I cannot support the idea, in which I do not believe or it is not my experience.

A lot of people would agree with others, if not in all then atleast in some scenarios. But isn’t it the same concept that major kingdoms, religions, communities, corporates have used to gather more and more people? People wanted to believe there is someone out there who is bringing the sun and the moon and some smart people supported the idea and created Gods for Sun and moon. People wanted to believe that there is someway to control rains, some way to avoid tides or floods and thus came the rain God, the ocean God and so on. Based on some weak story, given enough time and effort, strong believes can be created. This helps to sell tanning products and fairness products on the same shelf by the same company! In one decade women would like to go to size zero, but another more firmer shapes and curves are in demand.

This small act of agreeing to any idea has been used over and over again to control people. It is not that this is the only way it has ever been use. Sometimes some kid is made to believe that he has super powers like his comic book superheros, while at other times the belief that one can fly helped to create machines that made the world a little close to each other. On one side it is just about getting few more people to sell your product, while on the other such a supported belief can change the history (e.g. the belief of superiority of one religion over other or the Nazis being the pure race ). 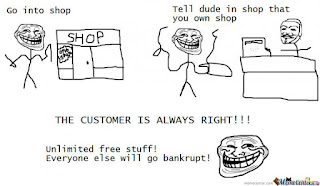 As humans, we are bound to feel closer to those people who support our thoughts. However, there are always some who are not afraid of difference among others or to create new things. While we have managed to create social rules not to laugh in certain settings/environments, but a small baby does not care about such rules and is free to laugh his heart out. This level of differences and contrasts keeps on moving the life further and I hope not all start to support the same idea and laughter is forgotten.

Nasrudin was walking through the desert, and spotted a foreign holy man. Nasrudin went and introduced himself, and the holy man said, “I am a mystic devoted to the appreciation of all life forms–especially birds.”

“Oh, wonderful,” Nasrudin replied. “I am a Mulla, and I would like to stay with you for a while so we can share teachings. And guess what-a bird saved my life once!”

Delighted to hear this, the mystic agreed to share company with Nasrudin. As they shared their teachings, the mystic constantly asked to hear about how a bird saved Nasrudin’s life–but each time Nasrudin refused to tell the story.

One day, after the mystic pleaded and pleaded to hear the story, Nasrudin finally agreed.

“OK, here is how the bird saved my life,” Nasrudin began explaining while the myystic intently listened. “One day about six years ago, I had not eaten for a long time and was about to starve to death. Then I caught a bird and ate it.”

We love our kids a bit too much..

When I got asked the ultimate question!!