Dress codes are common in everyday life. They are of course common in schools, offices, business and social gatherings e.g. marriages or funerals. Similarly, there are more subtle dress codes in social gatherings or meetings. These codes are not really given by an organization or somehow connected with a role or position e.g. people would expect a Christian priest in certain dress, while a Tibetan monk in a differently styled robe. These are everyday dress code which are self governed by people themselves. Oddly enough, the same people would sit and talk about freedom of clothing, speech etc. and every other “freedom” topic. Let’s see some situations of dress codes and complexity of human mind. Some of those are personal experience.

Let’s start with a personal experience. For that let’s go directly to the sea, beaches, salty wind and big waves (not always preferred though). In 2016, “burkinies” became a lime light of discussion when some French authorities banned its use. Of course it is a topic that feminist activists cannot miss. It was used by almost all kind of activists to get some foot on the “hot topic” stage. The ban provoked all kind of discussions; freedom for clothes, equality, mutual respect for moral codes, oppression of women and so on. It is a bit strange that the same groups, who run “free the nipple” campaign, would also go against the ban. In both case it becomes hard to understand, which side of the argument they want to stand. May be they just want to stand in an argument, does not matter where, what and on which side. The people, who keep on going on marches or “enlightenment” tours to educate and “free” the women in “burkas” and other such clothing as a symbol of women oppression, torture and control, would not stand to defend burkinis as a symbol for freedom of choice! Around that time I was with a group of “globals”, who let’s say believe in and like to propagate “one world”, “love everybody”, “be free”, “individuality” and so on. We discussed this topic as well, and of course this group was against this ban. This is ok as everyone is free to take a side. A week later, we went to nearby beach to spend few relaxing hours. Now, the very first time I saw a sea was when I was 26 and a beach when I was 30! Anyways, I went there with a comfortable shorts a loose t-shirt. On my travel I did not have any beach wear, especially when I do not know how to swim(btw, I am learning now how to swim 🙂 ). Nevertheless, we setup our umbrellas and lied down. Within 5 min, I noticed that people who came with me, who talked about freedom of choice and all that, were suddenly feeling uncomfortable. I could see their eyes moving from other people in swim shorts and bikinis towards me, who was probably wearing a “male burkini”! They were behind me to take off my clothes and get into swim wear. When I said, for what, I do not know how to swim and this sun is is too strong, answer was to feel the sea air, be free and very special “I should not torture/suffer myself!”. Now there was no govt./police/law, but my choice and my comfort was suddenly forgotten as I was the odd one out and we are too used to uniformity. Suddenly they assume the right to decide if I was being tortured or not! 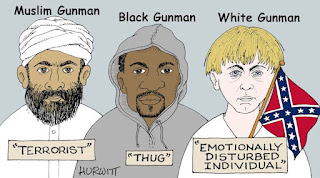 The same goes to marketplace as well. I was in a café bar once, when we suddenly ended up in a discussion about how tourists do not pay any respect and they move around almost naked in the city. This is a tricky one, as there are two sides to a town that is famous for tourism especially sea, summer and party combination and the locals who just want to continue with their daily life. I was told that men walk around without shirts and some women even move in cities or super market in thongs. This is not acceptable! Probably, but I could not understand this boundary. In general, they seems to be ok with bikinis, sometimes even in market. If not bikini, then it might a short, but that can show enough to match a bikini. If that is acceptable, then what is wrong with another 2 inches less of clothes!!! Or is it really a big difference?

It is not just about bikinis and thongs, it is simply about what a certain group of people are used to. For whatever reasons, one culture changed to have it as normal where a female body is less covered in general or at a beach. While the other culture followed a different path to reach a state to cover their bodies with clothes. When one person travels to the other one, they find it odd. However, in general it is in the west that people start to believe and conclude that women who cover their bodies are oppressed and controlled. The debate usually follows the view of they are not given the freedom to choose. However, they themselves cannot accept a woman wearing a thong in the marketplace. In that case, it becomes how dare this woman go beyond their accepted level of freedom! If you wear a turban (any kind that is not in western fashion), you wear different clothes e.g. a salwar kameez , sarong or any other ethnic wear in a place where it is not common, you will be stared at, might be stopped, won’t be allowed in offices or even certain public places e.g. restaurants or hotels etc.

However, this discussion goes only one way. I noticed that in general, even those western women who will talk about freedom and liberty and women power etc. they can only define it they way feel it should be defined. If a view is presented the other way around, then it just becomes a topic of brain-washing, fanatics or rigidity.

These are only few cases I thought to write, however, there are many ways people think, behave and act differently based on where they are standing or which viewpoint they are presenting. The same people who goes on street, if a government or some other agency declare such restrictions, are also the ones who will be happily self controlling each other based on their own understanding of the restrictions. Seems like, it is ok if the ruling authority plays smart enough to make people self-control each other, while giving them the feeling they are independent and making their own choices.

Well, things will remain diverse and this is not an easy topic of debate anyways. For me it is a topic which can provide some easy smiles to you, if you are smart enough to play with words and situations to see people switching their side for same common topic. In this case to support clothes or go naked; well may be we just need to wait for the new fashion designed for our skin, may be integral to our body and a commercial advertisement with some super music or football star to market on screens, big or small. I am sure all those commercials would end up with wide smiles, but maybe the widest and happiest of smiles would be the ones with the faces behind the screens. Would you have smile then? Well, why not!

A man was chatting to Mulla Nasrudin who was a rabid fisherman. “I notice,” he said, “that when you tell about the fish you caught you vary the size of it for different listeners.” “YES,” replied Nasrudin, “I NEVER TELL A MAN MORE THAN I THINK HE WILL BELIEVE.”

Does Trump represents the inner side of people?

The brand image, diversification and my blog

The night of falling stars