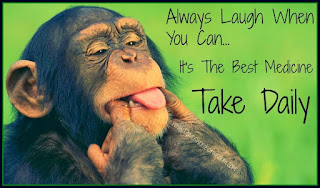 I usually try to conclude all my blogs with reference to smiling and laughter. Somewhere on the journey I started to add a random joke at the end. At the moment they are from Mulla Nasruddin, but one day, I might have to pick another source. Maybe I will also find a new kind of jokes to laugh about. I feel that laughter has become more or less a taboo in our social life today. With time we have found and create new ways to stop laughter. One of the big reason or place where this is obvious is any religious setting.

I remember a situation when I visited a temple as a an early teenager. I was just following the protocol as I was taught and I observed others doing in a given setting. I was sitting in the hall, when a mother entered the temple. She had a young kid, maybe about 3 years old. He was a happy kind and had a wide smile on his face when he entered the hall. He followed his mother around the proceedings till she sat down on the floor as the custom is. As a 3 years old, he still had not learned that part of the society. He was running around from person to person with his wide smile. People were happy to share a moment with him, but were still cautious of disturbing the socially created silence in the hall. The kid found another elder kid and soon he lost his control. His smile changed to a sudden laughter. He was laughing his heart our and almost everybody had a smile on their faces, except one; the priest. He came running towards the kid, which was noticed by his mother too. She got up immediately, took the child and went outside. The hall was once again filled with an empty, strange, dull silence!

Since then, I observed and checked many different social rules that are just weird, but not a lot of people know the reasons behind their existence. People are happy to just follow it as a social norm and as long as others are following it. In one way this is what social structure is. If everyone follows their own rules, their won’t exist a society. If everyone wants to create his own words and letters, there won’t be a language. I understand the idea of some social constraints. But, what is that makes a mother shut her 3 years old up, if he starts to laugh or cry in public place? Why people are afraid to laugh openly in social situation or public place if not to mention official meeting rooms. The situation is so strange, that even if you put a board/notice somewhere, that here you can freely laugh, people won’t. They would rather go more silent and think who was the stupid guy to think such an idiocy. Maybe someone would go and file a complaint about it. For these reasons, I was happy when I suddenly came across a documentary about laughing. It is called laughology and you can watch it below on youtube.

I learned a few things about laughter and was very happy to learn about its theorized origins. Not sure, if the reasons given for the origin of laughter are valid or not, but constraints put on laughter do seem very logical. It was sad to hear that we have managed to take it too far that there is a medical term given to it and people can really lose their laughter. On the other hand it was quite positive to know some people have found a cure.

I know from my own experience that people are not used to see other people smile or laugh in general. We have managed to get only some socially approved situations where one is allowed to laugh. I was in school and it was quite common that a teacher would ask me to stand up in the class because I was smiling. They would think that I was smiling at them. On the contrary, I was just smiling. One teacher got fed up of asking me to stand-up in the class on regularly. He gave up on it and gave me a nick name “has-mukh” that means “smiling-face”. On the other occasion, I was “caught” smiling at a wrong social occasion. Someone had died and I was at the gathering with many others. Of course, by this time I had learned some rules of society. But, with all my control I still ended up smiling. The situation, however, demanded a heart-out laughter. So many people had gathered around because an old man had died. Most of those were the ones, who on regular basis would not like to be with him. They had something against him or wanted an interaction only if they can get any favor from him. If they would not have any “need” from this old guy they won’t care where he lived and where he died. Now suddenly on this day, it seemed like there is a race to prove who can cry the most. Apparently, it seems that the one who would cry the longest and loudest, the more one is expected to be in close/good relation with the dead man. Some would even come to me to tell how much they loved that guy. Somehow they have completely forgotten that I am no priest who just came here for the first time. If this is not enough then most of these crying people are religious people, who believe the person is going to better/nicer place in some heaven. Some of them would have learned that dying is the only fact. Some would have learned the cyclic nature of life and many other religious/spiritual stories which they hold true to themselves and would keep on pushing hard on their kids, the same way they would stop them from laughing in a temple. Isn’t that funny to watch all those learned people teaching the whole neighborhood, but fail to notice their own simple failures?

Maybe some would think, this is just stupidity. How can one lose his/her laughter. Just to laugh without any reason is madness and maybe one need to go to a psychiatrist. But why do we think so? Why would we think that to use a fake laughter as a trigger to initiate a real laughter is wrong? Don’t we add a bit of yoghurt to milk to turn the whole milk into yoghurt? I do not know what are those factors which somehow collectively made people to constrain and stop their laughter. My hope is that we don’t lose our laughing genes, the same way we lost half of our smelling genes to differentiate us from apes. Would we still be humans just without laughter or that generation will give themselves a new name. Maybe we will exist together and they would look down upon as some lower level species as we look down upon monkeys today!

A young preacher was just getting acquainted with his duties. One of his first chores was to visit the hospital where Mulla Nasrudin, a member of his flock, was confined as a result of an automobile accident. The Mulla had been seriously injured: a broken leg, both arms broken, a broken collar bone, terrible cuts over his face and head, and several broken ribs. He was so thoroughly bandaged and taped and strapped up that only his two eyes and mouth were showing. The young preacher was at a loss for words, but realized that he must say something, so he asked the Mulla: “How do you feel today? I suppose all of those broken bones and cuts cause a great deal of pain. Do you suffer very much?” “NO, NOT MUCH,” said Nasrudin, “ONLY WHEN I LAUGH.”

The home called Earth is dying?