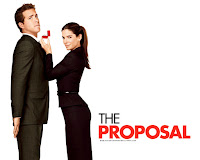 Have you watched this movie? Which movie ? “The Proposal”. That’s the title of this entry in the list. If you have watched it, I hope you liked it too. Well, I loved it personally. Nothing special about this movie, but just the simplicity of this movie was amazing. It might be because of my own personality or purely the characteristic of the movie. It just that by the end of the movie, I was spellbound the sheer simplicity and simple and sweet messages in the movie.
You noticed how humble this Andrew Paxton was? He had a great family empire to handle in Alaska. Still he was struggling in some magazine company to become an editor. This character was so humble in his transactions, be it in office, in the market or his own town. But why was he like this?
I do not know why Andrew was like that, but one thing I know is being humble and simple is probably the most difficult thing to do.
On the contrary there was Margaret. She was a like a strict person, who will use her power to get anything. She also felt proud in her position and that let her to leave harsh remarks on others. It feels bad to interact with such a person. But still how many times, we know the reason behind that? At almost the end of movie, it was explained in a very subtle way for her. She always lived alone, some how struggled all her life, never got a good treatment in her own life, she just got used to that mechanical and go-getter kind of life. Never realising that what she is missing at the same time? How many good moments are just passing by her. This will also remind about a similar character of Kevin Spacey in “Pay it forward”. He was so afraid to change his life as he has never seen any other style of life.
Not only the man two characters of the movie, but other characters were also good. Grandma with here sweet touch on dresses. A mother who loves her family and keep on getting the balance in all of them. The school time friend, who so simple accepts the different goals of each other and let it go. The shopkeeper who was doing a good work in shop and also as a stripper and a marriage maker too. And if you look people all around accepted all this with a great simplicity.
I am not sure how you found the movie or its characters, but surely you would have loved that scene when Andrew and Margeret hit each other in the room without any clothes on!! The scene was quite dramatic and hilarious given the situation. If you have not watched it yet, then please watch this movie. I hope you would love it. If not at least can laugh to the full at the above described scene.
Keep laughing.
Love
Arundeep