GOD as an entity do not need any introduction. Almost every body on this planet associate with this word. Although the association may be different for different groups, communities and individuals. Some associate with it positively while other’s association carries negative weight. Some approach it with the value of faith, while others use the lens of logic and rationality. Some believe in multiple, domain specific entities while others put all their investment in the one Bruce Almighty. There are many such parameters on which this wide spread entity is discussed and debated. One of those and very actively used is physical existence. Some groups believe in physical form of GOD, mostly depicted in human forms. While others look towards sky or try to define it in the terms of energy, universal consciousness or so.

The physical attributes have always been used as major weapons to disapprove the existence of GOD or win a debate. A simple firing statement is, “I do not believe GOD exists, if you say it exists, then bring it here and we are settled”. Or another person may declare, “I am the GOD, I am the creator! If you think there is another GOD, then you call him and we can settle our debate”.  More often than not the non-believer leaves the debate with proud. The believer, only has one and simple stand that GOD won’t appear for people without faith and for the simple issues. This argument non-believers cannot not accept. But, is this debate that simple? Is this debate over just because a rational, non-believer managed to win the Q&A session against a person of faith? We also need to keep in mind that the battle field was also the home-ground of rational mind. How would the debate be like, if it was in the home turf of faith? 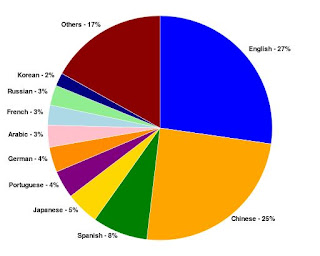 There are many other scenarios in which this rational validation of entities fails. However, in the context of this “bigger than the biggest” the mind creates a shield to accept any other contradictory situations. Few other entities, where the physical/rational validity crashes to the ground are light or air or time or energy or even atoms or other particles. Some of these  are valid for even the big rational, scientific minds. It is a plain fact that these entities do not exist in human form. But, some of them we are still debating about on how to describe any physical form as well. E.g. we can see the effects of light, but not the light itself. We can feel the air and its effect, but not the air itself. We see the impact of energy in one or the other form. But to see energy, which is not described in any relation to physical entity is another thing.

I had a discussion with one of my friend on the similar fields. I happened to think about the world of languages and its creator as an analogy to the this physical creation and its creator. We all, well almost all, would agree that language exist; not physically but as a part of mind. We all use it every day, every minute of our non-sleeping life. I am not sure, if our dreams also use language the same way as we use in the non-sleep mode. This language, in dreams or not, who created it? Can we name one single entity or person who did it? My little awareness of linguistic history says that, we do not know.  But somebody did create it and it went on its evolution. The original creator did not have any role in its evolution. It just kept on spreading as the time went by, same as biological species did. The way biological animals follow the idea of survival of the fittest, the language also followed the same pattern. Some languages became stronger and more wide spread than the others. They also got mixed within themselves and created new variations. Based on different random events certain “linguistic genes” moved from one to another or when a new generation was born it picked up certain attributes from its parents.

Can we say that their was some “intelligent design” behind the most powerful and wide-spread language? Did (s)he created it with this special goal and purpose in mind; to become the most wide spread language? If the languages would have to have a discussion, would they argue about the evolution vs creator? How the debate would sound like? Many creators with one for each language? Vs One universal flow as clear from the common “linguistic gene” vs The Creator, still not known, but possible to describe by the language in hand?. Will any language would come out to declare that it is only an evolution with one big-bang, where only one word was there in the beginning; e.g. “OM”. Then somehow some random events made it into more and more words, with everlasting changes and new formations?

Imagine the current situation of language as existence of multiple linguistic species. Each of them trying to dominate over the other. As some language species dies, their GOD theories also die. But, before dying it leaves a little bit of it in the genes of the overtaking language. Thus creating the similar, but slightly different variation of a language. Other way to look at it maybe is to consider the human languages as one species vs languages of animals or birds. But, all these languages are simply representatives of different believe in their existence. Some languages without their awareness keep on growing bigger than others. However, with completion of certain era, some change cause the powerful language to fall and new language to rise. Would this story sound similar to the idea of almighty GOD going down and rise of logic and reasoning? In whichever idea of creation these languages believe? Would they ever evolve enough to know there is another layer above them, which could either be described as all present Human as single entity, or billions of humans as creators and messengers or this magical invisible universal bond through which the flow of languages is maintained? Even, if they come to conclusion one day, then would they ever manage to reach other languages that exist in other galaxies or universes of animals, birds and so on?

I do not know what is the valid theory in Human world, neither do I know how the mind of languages work. But, when I had this discussion with this strange analogy running in the back of mind, I was smiling to myself. This smile is one idea, that surely resonates with still unknown, random patterns running in the world of my neurons.


Nasrudin heard a knock at his door one night. He opened the door, and the man standing there said, “Mullah, can you help a brother out and provided me with some shelter for the night. I am God’s nephew.”
“Oh, is that so?” asked Nasrudin.
“It surely is,” the man replied.
“Well then,” remarked Nasrudin, “for an exalted guest such as yourself, I must offer only the most exalted place to spend the night.”
Nasrudin stepped outside and closed his door, and then turned to the man and said, “Follow me.”
The man curiously followed Nasrudin.
Hundreds of meters later, they reached the local Mosque.
Nasrudin turned to the man and said, “And what better place could I offer you to stay the night than here at your own uncle’s house!“

Where do you belong?

Perseverance – how much is enough?