At one point in time in human history, this species started to stand out from the rest. There were many reasons, but one was to be able to manage and hold large communities without much of a chaos. This large community started to ask for special roles for people based on what they were capable of doing. This in turn , I think, became the idea of a profession/job/specialized worker. In the beginning the demand of such specialized people was less, especially in the context of variety of specialized domains. You needed someone to guard the area, some to scout the area and some to hunt. Most of these roles could probably have been done by any of the person in the group. Of course with some exceptions if someone was seriously damaged or old. I believe the idea that someone could be physically or mentally “weak” all his/her life would not have been possible. In those times, such a person would have had short life and nature would ensure that only “all-round survivor” would live long. Nevertheless, evolution moved forward and we started having farmers, fighters, shepherds, monks and so on. None of those could have managed to live without another. However, for different needs and reasons certain roles became special and more valued than others. In the beginning probably physically stronger ruled, then came the one with addition of higher mental capabilities. Somewhere sometime, some people who could only play with minds and could convince others that they can manage to talk to super powers of those times rose to the level to match warriors; the priests. However, for one profession it took really long time to rise from the grounds and once they grew they moved leaps and bounds to rise to the top not just by power but also earning respect while ensuring that they are felt needed and not just another guy who does something. They raise to the level to become almost daily part of human life; the doctors!

I know from my personal experience that if you are looking for above average income in your economy then you should pursue to be a doctor. This is one field today, where on average more percentage of professionals would be well paid. It is also a field in which there is more and more demand and is needed across the year. Of course there are other professions who can give you better economical returns than being a doctor, but none (that I know) that beats on averages. One can be entrepreneur, but how many rise to be a Steve Jobs or any of your local champion. You can be a sports person, but how many Messi or Roger Federer do we have? Also, there is almost no other field that relates with every single human being. Exceptions could be “the food supplier” or “water supplier” or maybe even real-estate developers who makes houses to live. The last one, however, is still not able to reach big part of population yet. When do we really look at the farmer with that kind of respect or need as we do for a doctor?

One can argue that medicine existed for thousands of years including, Indian, Chinese, Egyptian or Greek medicine. Yes, it existed but the role never became that important and so commercialized as today. Doctors existed, however for some reasons, even the riches would fail to get cured, despite the fact that books say there were procedures available for even form of complex surgeries. Children would die early, no one would grow too old because (s)he was on special medicines. People could die from simple injuries or infections. People would not run to doctors because there is headache or the child got a tick in the head! No one (I believe) gave coins or milk or grain every month so they can go to a doctor when needed. And the “doctor” either would go to the patient or at some places was eager to find patients whom he can help and get some money/food in return. In contrast, today, if you go to a doctor, talk about your problem for 10 minutes, he tells you it is nothing or ask you to get some test before he can say something. Nevertheless for that 10 minutes you need to pay enough money that can give you breakfast for a week or more! 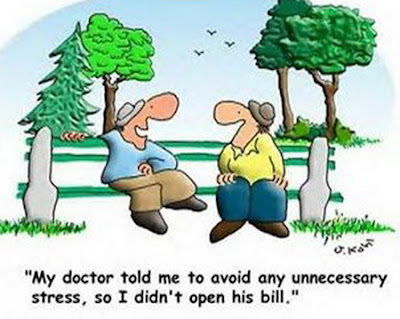 What made doctor’s industry so special and important? Why are we willing to give money on regular basis so that we can talk to someone for some unknown, imaginary illness we may have in future. There used to be a time when you go to your local, easily accessible doctor, once in a year or less and pay small amount for real help. What changed that we are ready to shell out much more for a small amount of doctor’s time. Why is that when we go to a farmer selling his vegetables, we like to bargain to check the product thoroughly, sometimes even complaint if the potato is not oval or carrot is not straight? While on the other hand we are ready to pay many times more for 10 min of half minded talk with “doctor”, while (s)he is checking the watch to see when his /her next patient can come in?

Well, there is probably not one answer and it is just not the doctors themselves. There is whole industry behind it, fueled by the business mind to take as much as you can when you can. It also involves lack of care as to I did my part, I cannot check everything after all to check and relate to other domains or specialists need a lot of effort. It involves greed, ignorance and false sense of expertise to have such a situation as we have today. However, this is all on people who are actively working in the medical industry. But what makes the patient to follow this road and fuel this system. This I believe has the same roots as “mindbending” or could also be known as “behavior change communication“. And the target of all those methods, intentionally or unintentionally, was to develop high level of fear for death and injuries and unrealistic values of self-worth. Once that is achieved then like any physiological condition, mind would become extra sensitive to any such threat. E.g. the well known case of post traumatic stress disorder. Now, medical industry can approach an individual and even the whole community to sell themselves as saviors and people are ready to pay almost any price for it.

In one way doctors used almost the same techniques as priests or shamans who created an artificial world by exploiting weakness and fear of people. It just took its time to come out of the shadows of priests and magical world. Till the time heavenly worlds had higher influence on people, they could take infections or injuries as God’s will or punishment and death as a way to reach the higher levels or meeting with the ultimate. However, as the lure of those mythical and fantasy stories started to lose it’s shine, it was the right time for doctors/industry to jump on the platform as the next iteration of survivor of man-kind from the worldly problems.

I do not know if this will change soon enough to be better. However, as a technologist myself, I would like to see machines challenging this domain as well the same way as it is challenging rest of the tasks that humans used to do. If you are not aware of the challenges posed to human work by artificial intelligence then here is a small list of things that machines can already do. Create music, create 2D, 3D art, architecture , language translate, play chess and other games, cook food, self driving cars, social conversations and many more. It would not take away all the problems away, but I believe it can easily take away individual doctor’s limitations to assess the symptoms and improve the speed to assessment and second opinions while at the same time integrating different fields of expertise. Machines developed by facebook and Google can already understand human behavior better than humans and in lots of cases the individual him/herself. I hope in the case of medicine also, this can be made done and made available to public.

We will see how the future evolves, but I would find it funny, if we have to turn back in times, when every single human in the small community had to learn all the skills; from limited list of hunting, finding safe fruits and plants to heal and survive.

Doctor’s note : The patient has been depressed since she began seeing me in 1993.

Why You Should Make Love Once A Year

A therapist has a theory that couples who make love once a day are the happiest. So he tests it at a seminar by asking those assembled, “How many people here make love once a day?” Half the people raise their hands, each of them grinning widely. “Once a week?” A third of
the audience members raise their hands, their grins a bit less vibrant. “Once a month?” A few hands tepidly go up. Then he asks, “OK, how about once a year?”

One man in the back jumps up and down, jubilantly waving his hands. The therapist is shocked—this disproves his theory. “If you make love only once a year,” he asks, “why are you so happy?”

The linguistic debate of The Creator