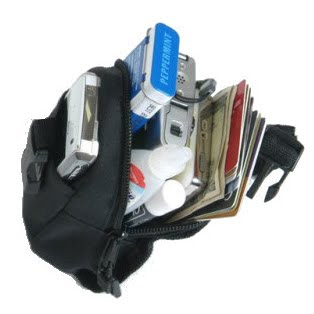 Almost everyone knows about a backpack nowadays. I am sure once in a while most your would have carried it also. As a design it is one of the best ways to carry your luggage as it is very helpful for your back than other methods. You can read a bit more about these here. Why am I suddenly talking about backpacks? Just that it is was used in main theory of a character played by George Clooney in his recent movie, “Up in the air“. Now this movie is beautiful. Considering the timing, it really feels like a right movie at the right time. It may have its own message. About econonomical situation, the special taskforce you give you pink slip (Did not know of such thing before), the troubles of life, how people by the end of it starts putting family and similar things before money. But all that got not at all related to the text here.
What caught my attention in the movie was this idea of ” What’s in your backpack?”. Ryan really gave this theory of isolation, having no family, the idea of settled related to death and how do we carry all those with us in our daily backpack. I really liked the clip when Natalie and Ryan have a conversation of relationships at the riverside and when Natalie, Ryan and Alex talk when Natalie receives a text from her boyfriend. Those clips were amazing. Question you would be asking by now is that how did that idea catch my attention, right?
If I look at my own character, then I also almost like to carry my backpack as light as possible. It is that I am probably on the other side of the coin, if I can say that. Or may be different view, not to restrict it to just two views 🙂
Apart from these points there is point which I am fully aligned with the idea. The idea is a person is always alone when he is dying. I would rather like to extend that a person is always alone even when he is alive.
How you interpret things are always different and depends on an individual. One may consider the above points as utterly stupid or funny. I do not know what people think, but I found this movie as interesting and funny too. Once you are done with the movie, make a good effort and do ask yourself a question, ” What is in your backpack?”.
Love
Arundeep

World of disclaimer’s and policies