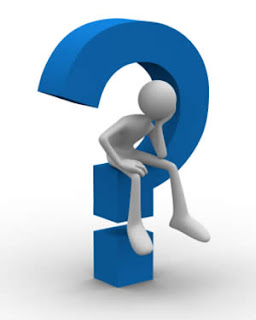 I am sure since the days human being is, he has always had questions. Simple; where are my glasses? Mathematical; What is 5*5? Logical; If A > B and B > C then which is the largest? Feelings; What is love? Spiritual; is there a God? Some futuristic; When will I go to US? If one starts to put down the questions, it seems like life is full of questions and nothing else. But, what are the answers?

Some answers are simple, some tough and some no one knows. There are some answers that one believe in, without even knowing if it is the right answer. e.g. when an astrologist says, after 1 year a person will get married or if one wears a special stone, it may accelerates to 6 months. How does one trust those answers like 2+2=4? It is just that I know the taught mathematics. If I do not know mathematics, I will believe 2+2=4 without any reason (isn’t it still the same today? )

Some will say astrology is science, or pundits have special knowledge, or one can reads the stars and alter direction with special procedures like a doctors medicine. It is just that they work in a different level and different kind of science. I was just wondering that it might be true, but tried to give it a different angle. A fresh view all together, atleast I never heard it before.

It just happened that one day in office a big meeting happened. Which was full of nothing but endless questions. No one knows what the answer would be. It is like, till the time I see all the road, I am not gonna drive. So, like travelling on a road, like life, the simple work also get done the same way. You move a bit then you see the next section and make a decision for th 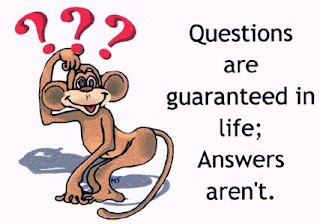 e next step, right? May be this had always been hard to accept. Everyone needs a comfortable feeling before the game starts. Be it work place, be in death, be it marriage, be it travelling and so on. people try to find some kind of comfort.

I thought that in old times, there might have been some good pundits, who tried to answer some questions. But you know human expectations. They are limitless. There were some questions which they could not answer. So seeker declared this pundit is not good. But that is unfare. So, probably many centuries ago, some great thinkers devised a method to create metaphysical answer by using the psychological side of the brain. The answers were abstract, which cannot be explained. But some kind of faith would be built in, which will change the patients psychology or thinking about the situation into positive one. This would have helped them in many ways e.g. get more time to do their own work, had a simple way to answer the stupid questions without trying to explain the reality or to say “I do not know”.

Just one simple example. In India, if you go to some “pundit”, ask him about the future or something that one wants to know about. e.g. Will the next baby be a baby girl? Or When will I got to US and get a job?. He will also give you some solutions by which you can or/accelerate such situations something like “Polio drops”. (That is surprising at the same time another text says that no one can change what is written, something like final destination :- ) ). Isn’t this dual theory. But it is working for ages now. Alright so that answer would be something like, “You throw 1 kg pulses Or 1 coconut or something in a river for 5 weeks, it will be avoided/achieved“. Now you tell me, is there anyway to discuss, how this coconut is gonna change the track of one persons life? But it is believed and there is full faith in it. Which I do not understand atleast.

Just to give some explanation, I thought of this theory as I explained a little above.

That’s all. Now, when an answer is given, first there is no way to really link the answer and the question. So, no questions can be asked. A faith is injected, that if one does these simple thing, the situation will get better. Now the mind comes into positive frame and keeps on working for good for better. Also helps reduce the continuous thought that something is bad. Now man has something to hold on, which will take care of the situation. And who will mind throwing 5 coconuts in river to go to US? It is super deal, which no mega chain can offer!!!!!!

I wonder if similar kind of answers can be given in corporate world too. Here are

questions mostly dumb and stupid. Lets take an example of Information Technology field. Today, the hardware may have faults, the firmware it contains may have some bugs. The Operating system it run have some bugs, The Database software, the Application server has bugs, not to forgot the n-tier applications. On top of all these buggy things a custom application is built by some developers, which will contain its own bugs. After all these the customer would come back and say I do not want any outage in services!!!!!!!!!!!!!!!! Isn’t this stupid expectation? I guess whoever works in software Industry would agree that bug in a software is as much a reality as death and life. But still such stupid questions. Can we think of some such abstract answers and solutions? Wouldn’t it would be good to just throw 1 Kg pulse in river than production Incident report after Incident report?

Anyhow, I do not what can be done or how was this science developed initially. All I know the moment I thought about this, I was laughing aloud. When I told my friends, they laughed it too. If you find it funny you can laugh as well and do not be afraid of asking questions 🙂

Story of the last bite

We are where we are at the only time we have