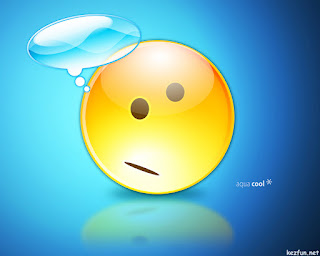 Be Happy. This tag line can be find at many places. People use it very often, generally without meaning it. Many a times I feel that people actually don’t want to be happy (most of those). Although they keep on repeating the “Be Happy” mantra with every breath they take.

It happens many times with me. People cannot simply accept happiness. They need either a strong and justified reason or they become skeptical about the happy person. Two examples are below.

I was in Bangalore for some work. I being me carried a generous smile on my face. One of my colleague came at office and said something. I started laughing. She was shocked to find me laughing and asked, “What is so funny in this???”. I do not remember now what it was, but it was something to laugh about. It is just that I laugh more than average. She could not accept, that how can one be so happy. Same evening, she told the story about her participation is some singing audition in the office. She told about the people who came there. There were some who introduced them as experienced, but could not just perform. So, this friend of my mine was laughing. She told us that she has not laughed so much in a while. But she was reasoning at the same time, that why such people come to stage then. I tried to put forward many positives for it e.g. they gave you a chance to laugh, they did show courage and attempted it and so on. But again she could not accept is simply, that it was her chance to laugh and be happy.

Similarly, another incident happened recently in Panchkula. I stay there on rent. I park my bike outside. Because I am lazy enough to get up early to move bike to clear the path for cars. One night I parked my bike as usual and went to sleep. In the morning, I rang the bell to Landlady to handover the key to my bike (I was leaving my bike at home that day). She was surprised with that. She said, key for what, Where is the bike???? I very calmly said that, bike is outside unless it is stolen. I went outside to find that bike was indeed not there. I simply came back with a smiling rather laughing expression and asked about the police station. She was again shocked and asked, “How come you be so clam at this??”. I don’t know. All I know is that it has been stolen. There is nothing I would get by being upset. Well, finally I reached police station. I politely told the policeman about the incident. He was also shocked to find me smiling, when I have actually came to report about my lost bike. He took it that I am a careless person and have lots of money to spare. And gave me a good lecture on that!!!!!!

Like the above two simple examples, I have come across similar situation many a times in my life. It seems people actually accept to be worried, to be tensed, to be serious. Or you should have a very strong reason to be happy about. One is not allowed to be just “Happy”. It is forbidden. Whatever, to me all that is another joke and another reason to laugh about.

So “Be Happy” and keep smiling.