I come across this situation very often with people. They would be talking about their own viewpoints and after few moments they would be generalizing them. It’s like they are trying to get some kind of self-claimed trust from some unknown community.

I will take a close case study. My mother does it very often. Recently she has started thinking that it was bad decision to be a house wife (Not sure if she has felt that and just starting saying that recently). She does not get the attention/ respect, as she would have got if she was working. I know she had done tremendous work throughout her life to take care of us, home and family relations. She have been through many pains just to keep the family together and in harmony. But now, when she find it hard to walk a mile to go upstairs, she cannot stop cross checking her decisions and regret some.

In daily talks with people, she generalyl recommends that girls should work and not just stay at home. The reason behind she believes that a person’s decisions/viewpoints are respected. But at same time while talking about her daughter-in-law she find it hard to think about jobs beyond a teacher/lecturer. Why that limit ? I am sure it is not that she does not want them to grow big. She loves her boys more than anything. The reason for this limit is that she wants home cooked food for her boys, good care for elders, kids and the homely tasks. She wants the girls to take care even better than she has in her life. And I bet she has been the epitome of love and caring (Which generally puts her in conflicts positions too often).

What is happening here? Why a conflict of ideas? She as an individual missed that opportunity to move in the world as a working woman. Although, I have heard her mentioning the -ve about the working women’s family life, especially neglect of kids. She is generalizing it to all the ladies in the world to make it more of a soft statement.

I personally it feels that generally it happens because we find hard to take the responsibility on ourselves. No one knows what would have happened, if we have made some other choices in past. It might have been better or worse. Who knows. But, if the current situation is bad, then this idea is very comforting that it if the decisions in past would have been different. Even there we need some kind of defense mechanism. We want some protection. As it is hard to come outside and face the whole world naked!!!!!!!!!!!!

I do not know, may be people enjoy it more than just keep on living the life as it comes. I personally don’t know which is a better way, but I prefer the later. But trust me, your companions may not even like that. May be more because they themselves could never do what you are doing. Or are they just afraid of the unknown. 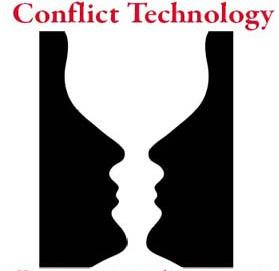 Conflict would be there, people would keep on struggling, finding excuses and life keeps on going at the same time on the next parallel path with no passenger onboard (Or may be few)!!!!!!