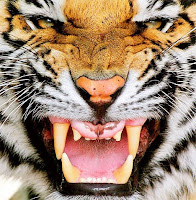 Aggression is generally considered a negative attribute in person. Be it a personal or professional front of ones life. Everybody will stand against even a small hint of aggression from any individual, group, community or country. Is aggression really such a bad expression? Then why after all these centuries it is still omnipresent. And if it such a basic attribute of all animals then why everybody is trying to suppress it? And has humankind really benefitted by suppressing aggression. At times if there was a period of success in suppressing it, it only came back with a revolt. I am not expert on animal behaviour or psychologist. I am sure like me you would have also come across one or other incident in life when even a slightest aggression was reprimanded.

One day I needed some information about OS paging from OS team from other vendor. I engaged their Service Manager to obtain the required information. I kept on following with the lady for a month to get no response. After a month I finally got a response. I was shocked to see that arrogant response. It literally said that I do not know anything and should go back to school and should not trouble their team. I was stunned, as I had no access to OS and I was surely not expert in that area. OS was managed by them and the should be able to provide the information.

I was furious first. After such a patient follow up on a boiling issue with customer, I got such a response! Finally after taking a break of about 3 hours, I replied. I tried to be affirmative, but I could not ignore those remarks too. I finally responded with a thanks for the information with a keyword “atlast”. Then I thanked him again for mentioning the course to join with a remark, “I will look forward to it if ever need it. Rest of the message was just to put the collective information together.

Next day I received the message from my manager that my communication was not professional and should refrain from it. Even in appraisal cycle this incident was highlighted. It was strange for me. I understand that people find it a harmful communication for business relations. I had never followed the standards. To me sure respect the work, relations, but do not forget the respect for yourself. If someone comes and try to bully you, one got to respond. If you do not respond, then you become weak and surely will be ruled. To me it was just the strong message that he cannot just bully around and be careful what he speaks. It was not aggression for me.

May be this more related to submissive nature of Indians. I do not know if it is the conditioning after being ruled for about 300 years or the old nature of trying to be friendly. One such famous historical incident happened at Nalanda University, Bihar, India. When a force of not even a hundred people killed thousands of residents of the University. If just those people would have shown some aggression then may be India had a different picture altogether. Similarly when Mughal’s invaded then British. But even today, hardly any aggression is shown and even assertiveness is majorly taken as aggression.

To me aggression is also as basic nature as any other like loving or caring. It is one of the fundamental expression of any animal required for survival and is a part of whole.

But even in aggression, keep laughing 🙂

One month in IBM

When I struggled with being myself and just doing the work