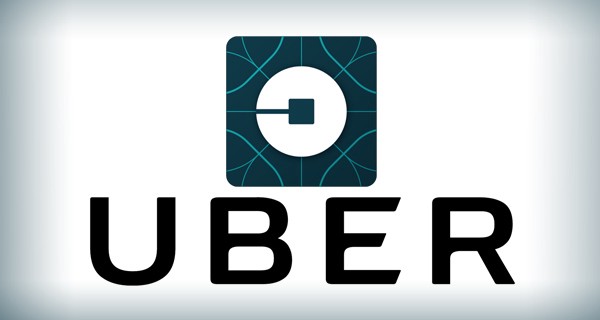 Last I wrote about de-volution (keyword suggested by a friend of mine). The same evolution also gave us a brain, which keeps on “forgetting”, if we do not visit those memories often. Usually, it does not matter how much do we revisit, some of the details we will forget anyways or it will change. E.g. one can always remember how happy (s)he was on graduation, but it won’t be so clear what was all there on the menu to eat or in which row your classmate was sitting.

Keeping that in mind I come back to writing about customer service before I forget about it. I do not use Uber usually. I used it during my last visit to India. The main reason to select Uber among other similar service providers was because someone has been using my email ID on Uber for last couple of years. I was hoping to become an “insider” that may help to address this situation.

Uber today does not need any explanation as more and more people use it. It is amazing however, how Uber is running without any “customer service”. If you go on their website, there are no phone numbers where you can call (except recently for US). They have one method which is mainly accessible through their application, if you have an account with them already. I could not find a way to contact them if I am not their customer. So, to raise a complaint that someone else is using my email ID, I had to create an account with Uber!

I created an Uber ID with my phone number. You get an option to update your profile, where you can update your email ID as well. This option failed, as somebody was smart enough to put a verification step that same email ID is not used in multiple accounts. The only option was to use the app and raise a complaint. Of course there was no option which relates to my situation, so I picked the one closest and created a case. In my mind it is was simple. Someone out there is using my email ID. This is a security loophole on Uber side and it exposes the other user to security threat. For me it is more of an annoyance as I keep on getting his trip details with location details, whenever he uses Uber. Ofcourse, it can be problematic for me, if this guy gets into some crime and my email ID gets linked to him.

Considering that, I put the information into the complaint and asked them to help remove my email ID from someone else’s account. I did not expect to get it solved in the 1st go and I got the expected reply,” Our security policy does not allow to discuss the details of other account, so the case is closed”. Isn’t that amazing that when you complain that Uber’s security measures has flaws and they tell you back as to how their security measures are so strong that they won’t even like to talk about it. I opened the case again to get the same answer. I asked to get someone to call me, as there is no where I can call. The person called and gave me the answer from script. I asked to escalate to get some senior person to call me. Someone else called but probably from the same level of script or same level in (un)intelligence. One more time and I got a person who told me to log a complaint through website with a given path and specific team will contact me. I did the same. Now, I got a reply as an email, with same answer. But this time there is nowhere to continue the discussion as I cannot reply to that email! Back again to the same complain on the application.

It happened about 10-15 times with different people contacting me and closing the ticket with same statement. It would seem that they understood my complain when we talked on phone. After they put the phone down, somehow they copy the same text and send it to me. On the Uber India website, there is no other contact information where you can send an email or call. Google told me that this is the case across the whole world except US where they recently provided an option to call them. Frustrated, I tried to find general customer grievance office in India. I was surprised to find that there are in fact many such offices/websites. They probably developed over time while still existing in parallel to each other. I selected one, which felt like the recent and active website. I called them, told them my complaint and I was happy when they gave me an email ID from Uber to send my complaint. Did it help? I sent my mail along with my complaint number registration on national grievance portal. Did not get any reply in 2 weeks. Contacted again the central grievance cell, they asked me to send a follow-up. I did that again and it is 3 weeks now from 2nd follow-up and still no response.

In total, I spent 2.5 months trying to get someone in Uber who understands what a big security loophole they have in their system. It is alarming that a company which is referred to as one of the leaders in digital disruptive technologies, has no easy way to find or listen to complaints that can help them improve. Isn’t this one of the features of new technologies to have an effective feedback system that helps them to improve? Or these leaders have become so arrogant that they actively refuse to accept that they can have fault in their system. Or is this just a simple but dangerous side-effect of saving costs and avoiding responsibilities. It is of course easy when you create such an abstraction between you and your users that no one can reach out to you. If no can come to complain, then everything is ok. It seems like we have new technologies, new phases of innovation, but basics faults are still the same. Difference is that today we do need a lot of layers of guards, city walls, castles and officials between a citizen/user and a king/company heads.

If any of the reader works in Uber or knows someone who works in Uber technology team, please tell them about this security issue. Also, please ask them to contact me so that finally my email ID can be deleted from someone else’s account and I stop to receive emails about his trip from one location to other in which city and with which driver and so on!! And on the other hand Mr. Edward Snowden seems to be unnecessarily raising complaints about security exploits by government agencies. I am not sure, if this method will help or not, but if it worked somehow, it will surely bring a big smile to my face. I wait for that day to come.

Mulla Nasrudin climbed into a barber’s chair and asked, “Where’s the barber who used to work on the next chair?” “Oh, that was a sad case,” the barber said. “He became so nervous and despondent over poor business, that one day when a customer said he didn’t want a massage, he went out of his mind and cut the customer’s throat with a razor. He is now in the state mental hospital. By the way, would you like a massage, Sir?” “ABSOLUTELY!” said Mulla Nasrudin.