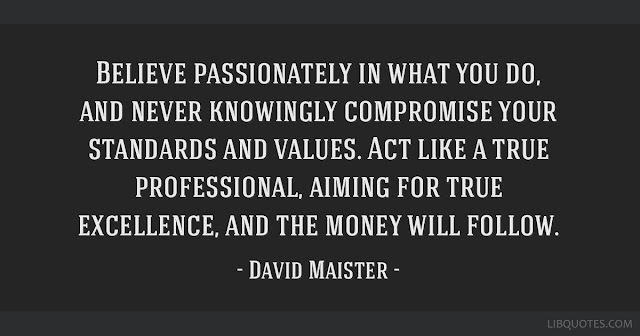 As usual an event in life triggered me to get up, shake off my laziness and start writing this article. I think due to various factors, I have and am becoming more and more optimistic and idealist with time. I wonder, if this is the side-affect of simply keeping high standards (professional, emotional, ethical) for yourself that makes you have similar expectations of others. Or is it just that I get fed too much of positive, intellectual, anthropological, thoughtful and “the right and just world” articles/videos by the “attention grabbing” evil corporates? Whatever, the background reason, I do not know it yet. The first thing we care is that we have a fever and would like to get it normal. During the fever phase we do not start a long investigation on the causes relating environment, food, social, genetics, behavior, psychological effect etc. The same way, due to this event what I cared about was that I was upset and not the whys. Just that in this case, as my habits are, I did went through plethora of reasons and justifications to nullify the symptoms. As usual a good sleep and a long walk did come to rescue and I believe this article will take out the last of whatever is remaining.

I do not work actively in any organized work force for more than 4 years now!! Time just flew by. However, many experiences of life are not isolated by organizations or industry boundaries. The reason I believe is that it does not matter which industry we work; from simple labour market to scientific research, from fighting in the war to spreading peace or spirituality in the world we still interact with people. And it does not matter in what circle we are, the basic characteristics of humans are valid to all e.g. greed, power, selfishness, ego, self-importance and so on. During my work days, I often had difficulties when I experienced the absence of “will to work”, “will to help”, “will to solve the problem”. For me ( seems like for some weird reason), it was important that I have a feeling that I “want” to do the work at hand. If, I do then I can think further, if I get paid and how much and so on. Now looking back, maybe that was the reason, I did went up the hierarchy very fast 😂.

I was working once for an international client, where we had a large contract and hundreds of people working for the client. We were what was called “the preferred vendor”. It meant that if client has a new project idea, it was obligated to ask my company first, if we can deliver it. It happened that customer had a new idea to implement a new strategy and I was part of that team. We had a first meeting simply to present what was the strategy and what the customer is thinking. As usual, the first meeting ended with a decision to meet on yet another date. I was surprised when couple of managers/architects immediately started to complain about “the payment”. They were thinking that it was their “usage” of time without being paid!! Maybe they are right, but for me it was like, “are you kidding me??. You have multi million dollar worth of project signed for multiple years. If as a company we listen to the customer, work together and propose the solution, we are going to get another couple of million dollars projects on annual basis”. We have people now who due to the situation of the contract, do not even want to move without talking about money first. Would they do the same, if they did not have project now and they would go negative in balance sheets, if they did not get a new project or they had to fight another competitor to win?

Now this is one perspective, in which the person gets so comfortable that it forgets about its relation to work and the money becomes more important. There is another side to it and that is very common as well. It is not uncommon in an IT industry to send people on assignment in different countries. I do not know how much percentage of people are still calculated for onsite/offshore models, but I believe it is now less than it used to be. I am referring to “onsite” here in the sense to a place, where the person is expected to work and interact with customer. These usually are referred to as “specialized” people who has the knowledge, commitment, training and experience not just to do their direct task, but they are much better in soft skills as well. In this case, onsite in general means a better compensation as well. Unfortunately, independent of the definition, it means that there is supply/demand scenario created. People start to demand to get an “onsite” project or they will leave the company. Many times, a manager just need to say, there is an opportunity and people would be ready to accept. They do not ask, what is the project/task/work they are going to get into. They know that they will get money and that’s it. More often than not, such a person is not able to deliver or reaches onsite and quit and finds a local job. In this case we breed a culture, where it does not depend if the person likes the work or not, would enjoy the work or not, will the work environment suits or not. In this case, such a person is just waiting for the date to get salary, watching the clock all day to see when he gets home, looking for every opportunity to take a break or escape work and responsibility. Now, there is a person at the work, but there is no “worker”!

I know, not all are in position to have such a liberty. Liberty, where a person offers you to come to the workplace, try it out and see, if you like the work and available to work, would be happy to do that work, would think that you fit in that environment. Unfortunately, a lot of people if given that chance would not even come to try. If they come you may not get any answer. If you get an answer, that would be thanks for your offer, but I will do some work for someone, as someone else talked the money first!. For me, even if this person comes back, I would not like to work with the person, but then life is not just and you never know what was the whole picture. But recently, I came across a TED talk, based on which I would categorize the person as “taker”. It is a short talk with no detailed formula to test a person. I hope my classification is right, based on the scenario. If it is, then it is better to “filter such a person out”.

We are in a world, where most people are happy watching cat videos than learning something, constantly sharing article about what is not right with the world, with others, building opinion based on the headlines rather than the actual article or checking even the truth about it, where people blame social media for everything on social media!!! The world, where people are creating online petitions, fund raisers, online groups to complain some person or community across the ocean, but not even aware of their neighbors or even their family troubles. In this world, you are not allowed to be upset if someone rejects the offer to try the work before they decide, if they would love it or not. If you are, then maybe there is any one who needs to change that is you.

Well, I believe I can implement this small “upgrade” in my character with some time. I just hope that we don’t come to a situation that even to smile, people will ask, “how much would they get paid for?”.

When Mulla Nasrudin died, his wife decided to have him cremated. The attendant at the crematory showed his widow a display of beautifully decorated urns for his ashes. “NO,” she said. “I DON’T WANT ANY OF THOSE THINGS. I WANT YOU TO PUT HIS ASHES IN AN HOUR GLASS. I AM GOING TO PUT IT ON THE MANTELPIECE. MULLA NASRUDIN NEVER DID A DAY’S WORK IN HIS LIFE, BUT BELIEVE ME, HE WILL BE BUSY ALL DAY LONG FROM NOW ON.”

A picture is worth a thousand words?