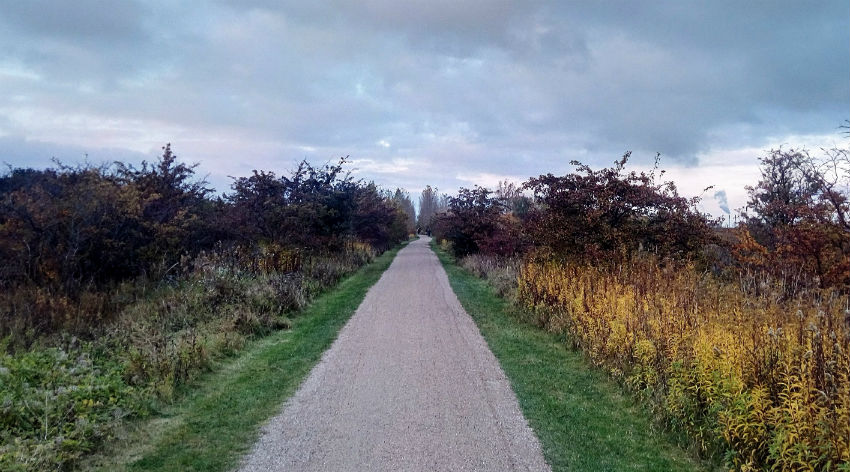 I wrote earlier about how I think about my luckiness. Of course I think I am lucky :). One of the thing in that list that makes me lucky is my friends. One such special friend lives in Copenhagen, who was kind to invite me to her home. It was a beautiful stay there with her and her family. I would probably write about that later. Today, it is about the incident that this stay allowed to happen and left me with an experience and thoughts about the “help-the-good-cause” organizations.

During my stay weather was not so nice as it was almost always raining. It was not just raining, it was amazingly cold as well. Still in those cold and rainy days, there were few days when Sun would win the fight and rise above the sky to bring smile and warmth to the people of the city. On those sunny days, I would step out of the house and go on walks around the city to see different sides and feel the presence of different streets and their vibes. One of these days was when I went to less habituated area of the city. Beyond the segmented lake, there is layer of modern buildings. I walked passed them and the scene opened to the wide spread of trees with hardly any sign of building. Like bringing a closure to the city infrastructure, just at the end there was the last metro station of the city. I was lost in thoughts of the few buildings on the left and inviting forest on the right side and how to cross that big road. A voice and approaching figure stopped that chain of thoughts with salutation and a smile filled with enthusiasm of a social support worker.

After the initial salutations, the guy asked me if I know this organization that supports people and children throughout the world with many programs. Of course , was my answer. He was excited and wanted to explain me more about the programs available in this country. I was tracking my walk and I told him that we can use some time as I would like to continue. He was so enthusiastic, to explain me all the good things his organization is doing, that he would take even those few minutes to enrich my knowledge. He asked me about my homeland and immediately he assumed a connection based on the “third world” countries and their troubles. He tried to build up some relation based on how things are bad in these developing countries and how they need help. Then he asked me about my level of awareness that his organization do and I should be a member to help support the children in need. When I told him I am only a visitor here, the scenario completely changed and the communication flow was reversed.

In the beginning the talk was about the good things, humanity, need of help, low privileged societies and so on. The scene was created as humans must help others and should know different platforms available. However, all the effort was put with a hope that I was a potential customer and pay some regular fee. The moment I mentioned that I am a traveler, which probably meant that I could not take the membership, things changed. In the previous sentence the person was full of enthusiasm to explain about things without putting any conditions on membership. The very next sentence was to say goodbye and thanks for the time. Suddenly all the interest in help for humanity was lost. I knew how it will go and saw his retreating steps. It was the moment for reverse interview and time keeping. It was my time to ask question and let him think about that he should leave this conversation and spend his time on some other potential customer. I could see the immediate stress on his face as I was asking questions on different programs his organizations is running, how they collaborate between local and global teams and how they engage local members to update them on various activities. After few minutes, poor guy found a way to say goodbye as he would not like to waste my time. I said him goodbye with a smile on my face and started my tracking application as soon as my feet were moving again.

It was only a short time with that help-to-humanity person, but it gave interesting views about this side of the sales.

It was a long walk for about 3 hours, so few minutes for this talk was nothing. There was no body waiting for me at home, neither I had a meeting, nor I had a train or flight to catch. In this situation, these few minutes were really interesting to have some chat with someone. Whatever the motives, whichever way it ended, but it is a good chat when you leave it with a smile on your face.

Mulla Nasrudin was talking in the teahouse on the lack of GOOD SAMARITAN SPIRIT in the world
today. To illustrate he recited an episode: ”During the lunch hour I walked with a friend toward a
nearby restaurant when we saw laying on the street a helpless fellow human who had collapsed.”
After a solemn pause the Mulla added, ”Not only had nobody bothered to stop and help this poor
fellow, BUT ON OUR WAY BACK AFTER LUNCH WE SAW HIM STILL LYING IN THE SAME SPOT.”

The ideal world I live in, where is it ?