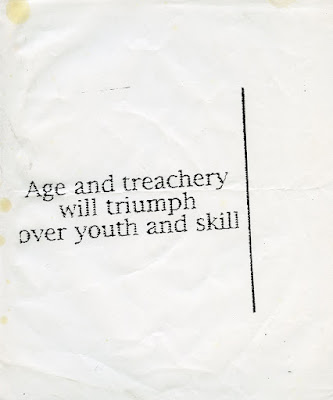 There was a time when everyone wanted to be in IT industry. It was so hyped that all other engineering domains seemed doomed against it. I know that in India this hype increased the house rent like anything. Before giving away the house rent, people ask you, “Which company do you work for?”. If the answer is any IT industry the house rent will definitely be higher !!!!. No doubt that world and especially countries like India as benefited a lot with increased usage of IT in industry or everyday life. IT industry in India became the dream industry in no time. Youngster looked forward to worked in an environment, which was marketed to be performance oriented and competitive to set your own pace. This was a good motivation for young blood and a mega shift in the approach compare to what existed before in government or PSUs. It was IT industry which changed the image of India from “land of snake charmers” to “land of software geeks”. But it seems something went wrong somewhere.
Change is arising again. Today, there are people who does not want to even join the IT industry, want to quite the industry or some who have already moved onto a different path. It does not include the people who want to jump from technology to the managerial stream because of money or something. These are the people who have quite to join either government jobs, PSU, preferred to be a school teacher, joined an NGO or something similar. What made them make this choice? The could be many reasons and everyone would have its own. Some of those I can think of are

1. The gap between the claims made by the industry and the reality which happens inside.
2. The missing professionalism, which is so believed to be attached with the industry.
3. The career which moves based on politics and links than performance.
4. The conflict of seniority Vs performance, which in general falls for seniority.
5. The idea of treating people as machines. Every person is judged by same measures like attributes of a machine. Humans are for sure way more complicated.
6. The effect of not to be able to set your own career/growth path and being driven by your managers/seniors priorities and choices.
7. The not-so-required stress created by false commitment to deliverables.
8. Lack of ability of seniors to accept that juniors could be better than them.

There could be other reasons also. e.g. Not being able to cope up to the demands etc. Well, the coin has two sides, isn’t it?. So far, I believe the first side is more prominent than the second. There may be some who may not agree with the statement. But I love Dilbert, do you? Try to read some scripts here. One of the recent good one from Dilbert’s collection is .

I am not sure how this wave will move ahead and what turns it will take. That is something we need to wait and watch. But I hope, that before everybody who resigns, write a heavy mail against the organisation, the Industry will learn and try to make some changes.

I do not know how you react to this, but I hope that you will enjoy some Dilbert’s clips 🙂

The fall of doctors – part 3