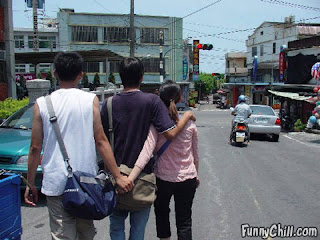 If I remember correctly, which I most often don’t, then I wrote about similar views in earlier posts as well. I got prompted to write this one, when I came across a very beautiful text by one of the very well known and controversial spiritual guru of India. I am sure it is hard to state those facts in any better form as he has done it. But yes, as he stated in his text, no one accepts it as it so subtle a function of mind. Below is the extract from the writing.
An Indian friend asks: Many times when I see our friends hugging, kissing passionately and caressing each other’s bodies, I feel that it is this sight which offends Indian society in general and creates great misunderstandings about you and your teachings. With this particular type of behavior, if the society is offended and great difficulties are created for the world of our Master, why shouldn’t we simply correct our behavior when we are in society, whether in India, America, or Germany? This is what I have been talking about: the rotten mind.
What is wrong in hugging a person you love, in kissing a person you love? Don’t enforce your hug on anybody, that’s true; then it is ugly—and that’s what the Indians go on doing.  My women sannyasins are aware of it.
If you are there in the marketplace, then Indians behave really in an ugly way. They will pinch your bottoms. Now, that is ugly. They will rub their bodies against your body. That is ugly. They will look at you as if they would like to eat you. That is ugly. They will look at you as if they would like to see how you are behind your clothes. That is ugly, but that is accepted, that is perfectly good.
If you love a person and you hold hands and you hug each other and you kiss each other, it should be nobody’s business. Why should others feel offended? If they feel offended, then something is wrong with them. Maybe they are feeling jealous, but they cannot show their jealousy, so they become angry. Maybe they would also like to hug somebody, but they don’t have the courage; they are afraid of the society. Hence they feel very angry at you. What they cannot do, they would not like anybody else to do either.And, because they are so sexually repressed, whenever they see somebody hugging, kissing, holding hands, showering so much love on each other, their repressed sexuality starts surfacing. They become afraid of themselves.
They are not offended by your behavior; they are offended by their own unconscious tendencies because they suddenly start surfacing! All their repressed sexuality starts coming up and they become frightened that, if it is allowed, they may do something. They are somehow controlling themselves. Now, here is a person who provokes them. Here are two persons in such a deep hug, they start losing control.
The Indian mind has lived in control, discipline, character. It is a hypocritical mind. On the surface is control, deep down there are all kinds of things boiling. And when you provoke them they are offended—not against you: they are offended by their own unconsciousness, but they are not aware of that at all. They throw the responsibility completely on you, that you are doing something wrong.
And it continues to
If two persons are fighting on the road, no Indian thinks it is obscene. Even if they murder each other, nobody thinks it is obscene. In fact, the crowd will gather to watch what is happening and they will be very much thrilled. If nothing happens, they will go away very sad, that “Nothing happened, and we waited so long.” It was a kind of free entertainment. They are not offended. Even if knives are drawn, they are not offended. If blood flows, they are not offended; it is not obscene. In Indian films, murder is allowed, suicide is allowed, kissing is not allowed. Just think and see the whole absurdity of it. Murder is allowed! Kissing is far more dangerous, far more dangerous than murder? What kind of valuation is this? Suicide is allowed! All kinds of sadistic, masochistic tortures are allowed, but kissing is not allowed. A certain distance has to be maintained between the lips—six inches, I think. Lips should not come more than six inches closer; otherwise there will be an atomic explosion!
The subtle and complex part here is when a person says that hugging and kissing is good, people interpret it differently. All it means, if it is happening out of love, it is all good. But if you are doing it just becasue other culture does it or to show that you are modern etc. then it is all stupid again.
Another beautiful, related but probably contradictory view to the above one is described in the below paragraph.
In the West, particularly, `commitment’ has become a wrong word, a taboo word. The moment you hear `commitment’, you become afraid. That’s why in the West all that is beautiful and the deepest, is disappearing. Love is not possible; only sex is possible. Sex is without involvement; love is a commitment. Sex is between two strangers, love is between two who are intimate, not strangers, who feel an affinity—who are not there just to exploit each other, but to grow with each other. A commitment is needed in love. And witho 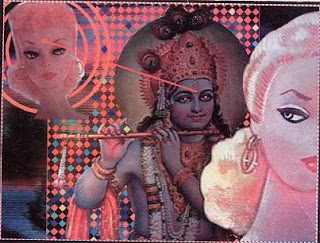 ut love, sex will become futile. It has already become so in the West.
This is also a very subtle concept. Commitment is considered dangerous and in old Indian culture commitment, as far it is concerned with marriage and love, is only expected from females. Its definition is also strange. You can find many stories and cases where male keeps on beating his partner, torturing her as he please. But she is still expected to be committed and be lovingly towards him. Whereas, female by her nature needs to be soft. It is strange that women also feels that this is the natural way!!!! It is so imbibed. Now it is changing. But, it is changing directly to the other side. The balance is missing. This behaviour is not only limited to the above areas as given in the example. For almost everything a scapegoat is found!!! If no one is there then Luck, chance or God are always there to help 🙂

Probably what we need is the balance between western and eastern concepts to bring the love forward and to let it blossom.
Love
Arundeep
PS: If you want to read, you can read the full text here.
Pictures had to be loaned to express the views.

10 questions that Indians are sick of