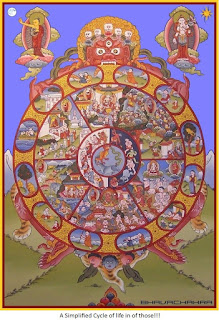 Well Spirituality and Religion is very old well debated topics. There is “n” number of religions, secs or spiritual communes. Everyone his own methods, paths, commandments. Some may be common some different. Shamans to Judaism to Hinduism to Mohammedans to Buddhism to Christianity to Sikhism to new age secs/leaders e.g. Zen, Osho. many leaders would have put others wrong in one or the otherway. Who is right or wrong? I do not know. May be no one is wrong or no one is right. Its is just a temporary passage and will pass with its own time.

For me, I stop believing in “religion” when I was in school. It was quite odd though. That moment when I felt that all this drama around is nothing but joke and ways to fool people, I was listening to some famous religious discourse.

I don’t know much about “religion” or “gurus”, but I do love one guy. He is Osho. There may be many reasons for that. One is that many of his thoughts are similar to me, 2nd he is probably the most courageous or rebellious and resourceful “Guru” known to me. But probably the main reason why I love him is that he is great story teller.

Osho kept on saying he is against “Religion” and is giving independence from the so called relgious conditioning (If I can put it that way). He said all those people, Buddha, Jesus, Guru Nanak etc. have failed as they could not stop the creation of “Religion”. So, Osho tried to create Spiritual/Meditative Individual. He felt something great and wanted to pass it to the whole world in a different way than others. But was he able to realize his idea? No, he also ended in creating other “religion”. Today there are divisions between Osho followers. They also fight among themselves like others. So, does it mean that Osho was not “enlightened” enough to realize this? I do not know, but for sure it ended in the same way as others.

Well, now why am I writing all this? I started as I was just watching a movie ” Hanuman Returns” (May be 3rd or 4th time ). Too good movie. A must watch for everyone. You can watch it online here and similar links or help the Industry and purchase the DVD. It gives a completly new dimesion or perspective to religion. the characters lay so light and still keeps on passing good messages. I just love this. I have alwasy believed (like Osho or may be many others) that religion is too serious business. Why one cannot live a simple “lightweight” life?? is it really that hard??

Well at time I feel that for some reason, people actually don’t want to live a simple life. People feel some kind of comfort in pain, in misery, in suffering. As then they try to find shelter in something unknown “Religion” , “GOD”. Then it would be unknown taking the responsibility and not they themselves. But how to explain all this “unknown” person. It got to be complicated for a common person to believe it. And with generations it has become a fact that no ne can think to raise a voice against it. Even if one does, then he would be 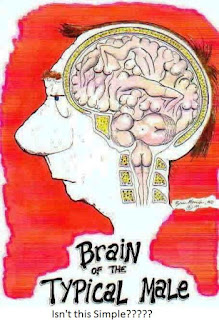 Ah, see even I made this all so complicated. Just relax, and watch is great movie and some smile and full heart laugh 😀 .

Experiences with OSHO – The beginning