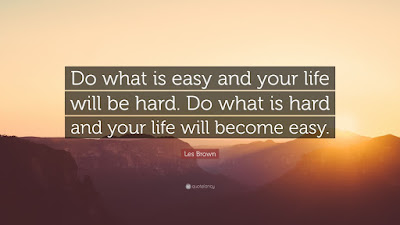 I recently attended a workshop on sports and health in Zadar, Croatia. Thanks to council for youth,Zadar city for organizing the event and Zadarsko Ludilo, Running school Zadar and Futsal Zadar to share their observations. The speakers provided some statistics and their observations on the active people, especially youth, in Zadar and in Croatia. The numbers are not so good, especially for Zadar as they informed. The link to the article is in Croatian, but google does now a pretty good job of translating Croatian to get a general idea of the topic.

It was clear and almost unanimous observation from speakers and other participants in the workshop, who are part of one or other sports club, that there is very less participation in sports. If I remember and understood correctly, someone mentioned that the city has very good infrastructure for sports compared to other cities in Croatia, if we set Zagreb apart. Zagreb city is about 30% of Croatian population and it does in fact skews the data. I am not sure about the comparison among other cities, but my personal observation is that Zadar has good infrastructure, but it is not enough and need effective utilization. For indoor sports, it is already to difficult to find halls in the city. This is the state of infrastructure when there is only 10-15% engagement. If we want to increase the sports engagement, we definitely need more infrastructure.

Apart from infrastructure, national, regional and local policies and frameworks around sports were also part of the discussion. People talked about the possibilities for national sports, school and university associations to create frameworks to improve participation in sports. One perspective however was very important to me. I do not know if this perspective has some special name or some keyword to describe it in one word. Maybe some specialist out there can help me with it. But, this I can say is linked to few related things.

One person mentioned 2 outcomes of these that he observed at his club.

Yet another person shared similar observations from his club. I did not say anything during the workshop as it was my first such workshop and I was more on the observation mode. At the same time, I was skeptic about acceptance of my observations/comments. It is quite normal for a group to feel uncomfortable about remarks made by someone outside the group rather than an insider. Interestingly, today I came across another article and that made me write this article. I think what this report is highlighting is the outcome of the same mindset which make people/kids less active in sports.

While hearing the speakers and other participants providing their observations and experiences around people and being active, I was organizing my own thoughts and observations. E.g. some of the people suggested that we need to make more advertising about sports activities and health benefits, while others mentioned that may be national associations can make it mandatory to take part in sport(s) for kids. I think (thanks to my crude Croatian) one of them mentioned how kids are driven to sport halls/grounds by their parents rather than they themselves walking or biking to it. In this group, proposals were asked from the speakers to solve/improve the situation, but I think solution lies outside the reach of sport clubs/organizations. 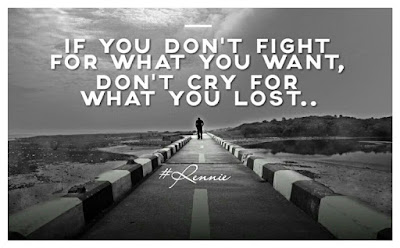 For me there is less participation in sports or people are less active in general, because there exists a mindset that life is given, it must be easy, to relax is a birth right and if living is hard, it is a fault of the system. Somewhere, in the effort to make life easier for us, we reached a state to create a mindset and system that we are teaching kids to be lazy, to sit and make their demands rather than go out and work to achieve what they want. Parents provide everything to their kids before even they need it. The kid gets its toys, mobile phones and even food based on time and not based on need. The kids today fail to learn the basic hunger of life; food. How can we expect them to learn the hunger for other things in life. Parents are doing it to make their life easy. Give the kid a mobile phone and you have free time to talk to you friends. Buy the kid the toy that he demands as it is too hard to manage a crying baby. Give the kid that glass of water rather than teaching him how to get a glass of water by himself. Give the kid a phone and money to buy food/coffee/drinks rather than teaching them how to cook for themselves.

What are these kids learning? They grew up expecting there will always be someone who will do things for them. They expect that independent of what they do, someone will give them prizes, give a “pat on the back”, people will be proud of them. These kids expect that someone will always give them money and someone will always be there to make coffee for them. They grew up believing that to be able to have coffees during the day and drinks during the evening, to have a car, to have an apartment/house, to buy clothes/dresses, to be able to travel places is all part of their rights that they got when they were born. These are the things that must be given to them and they are not supposed to work for it. Slowly, we have become what some called a “click generation”. We expect everything to be done for us at a click of a button. If we do not see hearts flying immediately on the phone, we reject the application. Even games have become simpler with time. Not many wants to spend hours trying to perfect that jump across the bridge for Mario, when you can swipe your fingers on phone to play fruit ninja.

I think this work force situation and social situation around sports has the same roots. Sports club can make bigger advertisements, but you cannot force people to read. You can make posters, create websites, send emails, create whatsapp, fabcebook groups even talk to people. But you will still have people who will ask you,”Can you please give me your number to call, so I can ask where you guys go to run?”. It is not that people do not know the benefits of sports or to remain active. All those articles are on the internet. But it much easier to read them, like them and share them rather than to go out on regular basis to do it. How much more advertisement is needed to inform people that smoking is bad? It is on every pack of tobacco. We want everything, at the time we want, with the flexibility we want. Someone must come to us to deliver it and it must be paid by someone else as we have reserved our money for coffee, beers, cars, shoes, dresses, mobile phones, travels, cigarettes and so on.

Mulla Nasrudin stopped the doctor on the street one summer day. “You remember when you cured my rheumatism ten years ago, Doctor,” asked the Mulla, “and told me not to get wet?” “Y-e-s, Yes, I remember,” said the doctor. “WELL, I JUST WONDERED IF YOU THINK IT’S SAFE FOR ME TO TAKE A BATH YET,” said Nasrudin.

Where is Billu Barber?

Chemical balance between Good and Bad

Yes, I am lazy