There are many attributes on which we define human moral and ethical behaviour, choices and its impact. I think free will is one attribute which has been considered really special. This is one attribute that that has been told to let humans make their own decisions. It is believed to be so pure that even Gods are not able to play with free will of a human. One can find its reference in books and few movies as well; one that I can recall at the moment is Bruce Almighty. There is of course ongoing debate on the definition of free will, but that is something beyond the scope of this writing. I will let the regular user to use her “free will” to decide. However, with time new thoughts keep appearing and modern, scientific human is challenging its existence.

Today human as a species is moving in the direction to deny old concepts of religion and trying to define new ways. Science is probably one of the major in this race. No wonder, science is used to challenge the concept of Free will as well. Why not, after all free-will was one of the major concept in old religions to define good vs bad person. It also helped to release Almighty God of “bad” things done by humans.

One scientist, Mr Benjamin Libet, used science to track human brain activity to propose that free will is a notion. Libet’s experiment was revisited by many people and some even conclude that in some cases machine can tell 5 seconds in advance what the person is going to do, before he himself knows what he is going to do!! This way science is used to prove that what we think we have decided was already decided by unconscious brain. We just became aware of it and trying to take the credit of making a very special choice.

I believe, I do not know really need to mention this part, but still is good to set some perspective. 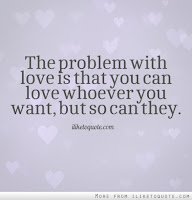 I am neither a neuroscientist nor a philosopher. But, this experiment is strange to conclude such a general topic.

There are many other people who are arguing, debating about the notion of free will. It is nothing new, but I believe that connectedness made possible by technology makes it easier to start a forest fire. One of the popular name in recent times to talk about this notion is Sam Harris. He is philosopher, neuroscientist and a big time author and speaker. One of his lectures at “Festival of Dangerous Ideas” is about convincing people that free will is a notion. It is a good lecture and it should not be a surprise considering his credentials.

One can always listen to the full lecture on the link or read a book or just search online. The way “randomness and determinism”  made me pick the highlights of the argument are below.

This talk is more about moral use of free will in religious and justice system. Most of the time examples cited are “negative or bad” ones to show how removing free will from the world will make it a better world. I am not so sure, if this will work.

In his mind, there is some definition of good and bad. But, do we even know what it means? Imagine billions of people, religious or not, who due to long chain of actions in their life are making choices based on their understanding of free-will. Now suddenly, one of their main base is gone! Our brain works in amazing ways that despite the scientific advancement, we do not fully understand. We even taste differently because a “soda beverage” is in some different colour bottle and somebody told us that they are different! Consider this and now imagine that we tell everyone that they are not responsible for their actions.

There are other studies done to see what happens when people start to believe that there is no free will. Few other people are discussing Free will with more open mind than trying to force one idea. Read or watch these discussions also to make “your choice”.

It is not easy to argue with a philosopher alone. Consider when he is a neuroscientist too. One can be overwhelmed by credentials. Nevertheless, in my view this topic has been touched in a way to make sensation and create business. Same way, articles are written with titles e.g.”28 reasons why one should never visit India“. In some way it is simply arguing about use of language and how we believe and understand about certain words.

I understand all the logical reasoning given here to get the attention to challenge free will. Nothing wrong in it. After all it is just what we think at the moment and what we happen to believe. If we are accepting that there is no free will, remember that even this is not our conscious choice, just a
random event. Next level of randomness or a cause may change it. We do not take crocodile to the court and try to judge him by its free will, but at least we are not aware of any other species that is talking about moralities, ethics and defining good vs bad.

When a person make a statement that he happened to hit upon a beautiful thing, where “pride an shame do not make lot of sense”. I would like to see the person when some random guy comes attacks the family rape his wife/daughter/sister, torture them and sit in front of him with a smile. This person has a gun his hand and then I would like to see, if the reaction is to say, oh it is just some random neurons firing so lets have a long talk about past childhood traumas! At that moment, will any one stop to think about a chapter on free will?

Apart from science what is free will or consciousness? If I make a choice, why did I make it? Based on what conditioning? Is it always about conditioning? Probably many a times it is. If I decide between wearing clothes and going naked to office, it is mostly coming from some conditioning. But, if some random day I decide to go present my business case to major CEOs naked, will they just accept it and listen to my talk and would not have thoughts that this guy has gone nuts!

Then there are times, when we do not know what to do, but we have to make a choice. We may not understand why we did it, but we believed in it. The same happens with mistakes also. However, if we do not understand it, is the only other end left is that I am not responsible for my choice? Probably to define such a state, people gave names like free will, intuition, soul and may be new name is randomness. 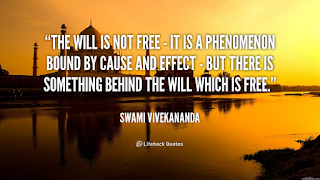 Imagine a fully automated car computer system. It might like to believe that it is in complete control of the system. But at some times, it receives some external signal, that makes it change its behaviour. It does not understand why, but it did make a change. That someone, probably people defined as soul who takes car of the free will. On the other side a driver is driving a car. This car is making a lot of decisions by itself for the driver. e.g. how much fuel should go in, how much valves should be opened or closed. Driver is not aware of any of these simple tasks, but he deciding on which direction to take or whether to avoid hitting somebody or not. Now, similar to a brain damage and killer, if car’s system breakdown and it makes the driver do an accident. Will we consider this case the same way when a car hits someone, but the car’s system was working properly?

We are not responsible, but it matters to make decisions and take actions. Based on the same principles, people created the free will, gods and morality and punishment. So whats the fight? Why only either this or that? Hinduism have kept determinism, randomness and free will all together in the system. It is placed and used as when people feel deemed it fit for purpose.

At the end it is just a philosophical myth of mankind. Whatever story one wants, or should I say happens to believe, will stay. One that somehow finds a way through majority will live little longer. I am not sure what you think about this topic. It is after all a game played in the mind. In this case we are trying to make choices about mythological objects like free will, consciousness, morality etc, while after such a long lifespan of humans, we are still trying to make a choice on the right method to defecate! Based on your free will or randomness or determinism you will make a “choice”. Whether you are aware of it consciously or unconsciously, I hope you can find some time everyday for a smile.

One evening, after considerable deliberation, as they sat down for dinner, Nasruddin told Fatima, “I have decided to become a vegetarian. I will forego fish, fowl, and meat out of respect for all sentient beings.”
Fatima said, “That’s too bad, because I made a wonderful fish stew for dinner tonight.”
“I’ll just have some of the broth from the soup, thank you.”
“Suit yourself.” As Fatima poured the soup from the pan, she took a spoon and tried to hold back the offending but delicious smelling chunks of fish that were falling into Nasruddin’s bowl.
Nasruddin held up his hand and said, “Fatima, please — don’t stop the fish, of their own informed consent and free will, from swimming into the bowl.”

Thursday’s with Lucy : The modern education