Skip to content
Now this is very interesting topic, atleast for me. Some may argue that it is not the case anymore. Well, let me ignore that for a moment, to remained focused on the blog. I have heard people talking about this topic in various contexts and situations. We do not expect someone to pick up a piece of paper from the ground or throw an empty bottle in the dustbin. It is believed to be such a special, unexpected , heroic event that we make advertisement depicting such events. We never used this attribute in a positive way, but someone used the same to make a movie, “Slumdog millionaire” for big benefits. Side effect was that now the world expects to see slum everywhere in India. I took liberty to stretch the dustbin to a big topic for comparison, but I feel it helps to relate.
This year, I got a chance to travel to Bali. I do not know why, but for some reason I wanted to visit Bali for a long time. Finally it happened. Unfortunately, one week was not enough for Bali. May be it is a way to visit this beautiful place once again. I happened to talk to many people in Bali. Some were short conversations over a cup of coffee or coconut water. Or some long ones over dinner or day trips. I do not know how it happened, but I happened to be in a conversation with nice Chilean lady. In our conversations we happened to discuss this topic as well. She asked me as to why is it so? Is it because  Govt. does not provide enough resources or people are not aware of the infrastructure? People have asked me this question before as well. But, for some reason it felt like a special question. I did not have a direct answer, but while telling her some scenes, I found myself developing some story on how it might have happened.
Once I was working in big metro city in India. I was on my evening walk; yes I used to do that often in those days. This city was well organised and divided into nice sectors, with proper connecting roads and sector layouts. Each sector has area where the local municipality has kept big containers to throw garbage. Municipality team then comes and cleans it up on regular basis. Surprisingly, garbage found most of the place outside this container rather than inside. This increase complication for collection team. This way there was always some garbage left on the street/corner. I did not know why garbage remains outside. This fine evening, while taking evening walk, I got this answer too. I saw a young man on the other side of the street (opposite to the garbage container). He had plastic bag of garbage, which he could not keep at his home and has come to throw it dutifully. He came all they way to this point from his home, but somehow found him lazy to move further. He found a window on the street when there was no vehicle crossing the street and threw the bag across the street, aiming at the container. Alas! he did not have a good aim and missed. Bag exploded on the side of the container and all the content spread on the street. He went back home satisfied that he has done his part! 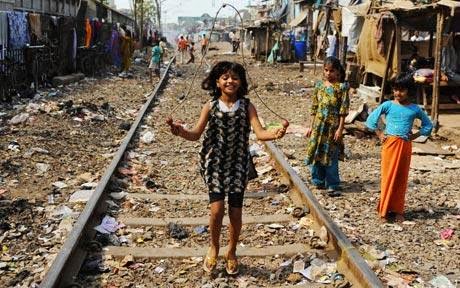 Today, we can see a lot litter and garbage at many places in India. Most of the time this litter is plastic, bottles, cans, papers, wrappers etc. On the streets, in empty parks, even near the garbage bins,Why? we do not know.  I think this is the way Indian society was structured earlier. As I read, it was one of the most advanced civilisation at one point in time. But that time was, when we were still close to nature. We did not have artificial products.We used to consume fresh food. Animals were also part of our daily life. I think it would have been an amazingly effective sustainable food supply chain. Imagine food produced in local farms. Brought fresh to various homes in wooden carts. Food is prepared eaten by humans. Daily waste is collected and given to the animals of the house. Variety of animals ensures that even last bit is consumed. If something is really bad, we could have thrown it outside village, where pigs would have eaten that too with full tast

e. Humans and animals used same road structure as well. There were no mortar roads. If some kid got a Mango or a banana, he eats it and throw the rest on the street. Some dog, cow or other passing by animal would ensure that it into wasted. I do not know if this is how it was happened, but this theory felt very convincing when I told this to Chilean lady. May be I missed some step. May be reader can leave a comment with a better management system. But, if it was so good then what went wrong?

I think 1st thing that happened to this sophisticated system was Industrialisation/business. We went for packed food, we needed containers to store food, we went “modern”, we went away from nature and we broken away from animals too. New things came to our hands, but our hands has still not forgotten those old gestures to throw the waste immediately. We probably somewhere still work with assumption that some animal will consume it. It is just that there is no animal, and if there is one then the wastage is not edible. Secondly, population made the situation even worse. With exponential growth, it became impossible to manage the litter and also to educate all those people to learn quickly and adopt to the new ways completely.
Today we have very good waste management organisation in India. They do their best in their capability. But, it is too much to manage and also all they are able to do is manage. Keeping it is out of sight does not mean that we do not have waste. It is equally present in developed countries as well. Some read on Landfills in various countries is also interesting. There are so many organisation to find solutions to waste management. It includes segregate, re-cycling, re-designing products as well. But, so far we do not have anything that is self sustained without creating any other side effect.
Do you think we will find a very natural sustained system soon to avoid usage of dust-bins and landfills?
Keep Smiling
Arundeep

Stereotyping in a sustainable house